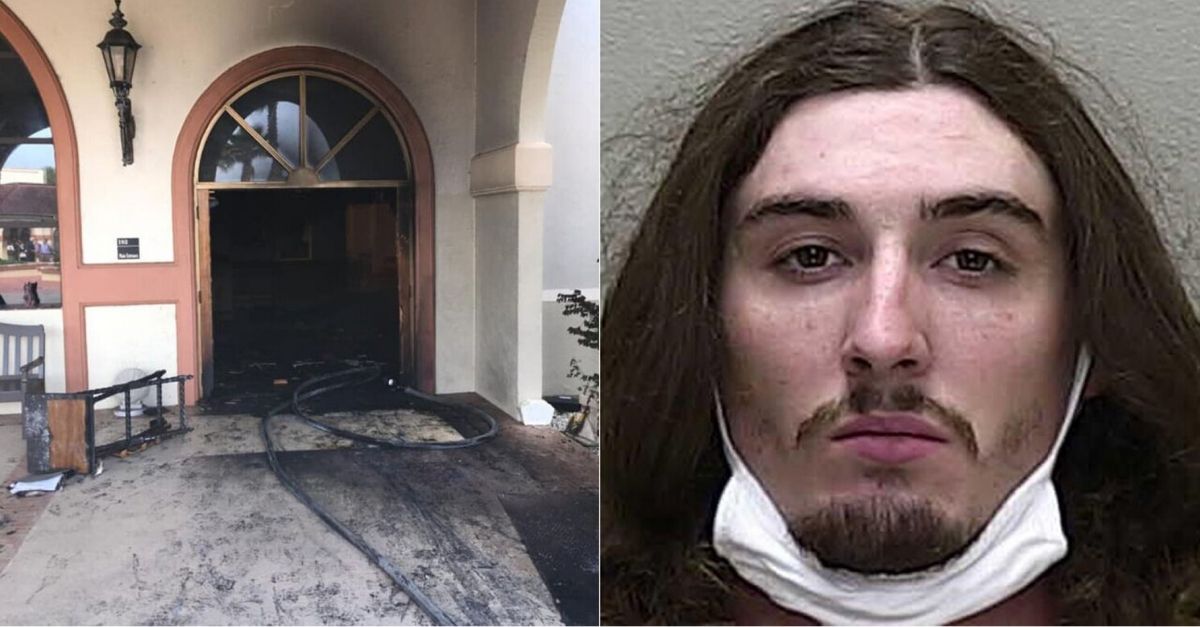 A Florida man was arrested after plowing his vehicle into a Catholic church and then setting the building on fire as parishioners were still inside prepping for Mass. According to the Marion County Sheriff’s Office, Steven Anthony Shields, 24, crashed a van through the front doors of the Queen of Peace Catholic Church in Ocala.

The man then got out of the vehicle and poured gasoline in the foyer area to set it on fire. Shields then drove off but was luckily stopped by Marion County Sheriff’s Deputy Josue Gonzalez, who stopped the minivan by hitting it with his patrol car. The sheriff’s office stated that the parishioners were not injured and Marion County firefighters were able to quickly put out the fire.

Through a statement, Sheriff Billy Woods noted, ?Our freedom of worship granted in the Constitution is a freedom that we all hold dear. My deputies and I are sworn to protect that right and will always ensure our citizens can worship in peace. I?m proud of my deputies for capturing this man so quickly and we appreciate the assistance from all of the state and federal agencies that worked alongside of us during this investigation.?

Florida man crashes into church, sets it on fire with parishioners inside, sheriff says https://t.co/SRKYPvOO0c

According to an arrest affidavit, Shields told law enforcement officers that what he did was “awesome” as he was laughing and smiling while admitting to setting of the church ablaze. So, you know this man was either high on something, or he was just mentally sick. Shields then kept referring to himself as “king” and claimed to be on a “special mission” after having problems with the Catholic Church.

To make the story even sadder, Schields told detectives that he has been diagnosed with schizophrenia and is not taking any medication. So, obviously, the man is now facing multiple charges including attempted second-degree murder, burglary, one count of arson, and attempting to elude. He is currently being held in the Marion County Jail. As far as the Florida church, well their foyer was heavily damaged, but Saturday morning Mass was still able to go on in the parish hall. So, I guess you can say it was a happy ending for all.