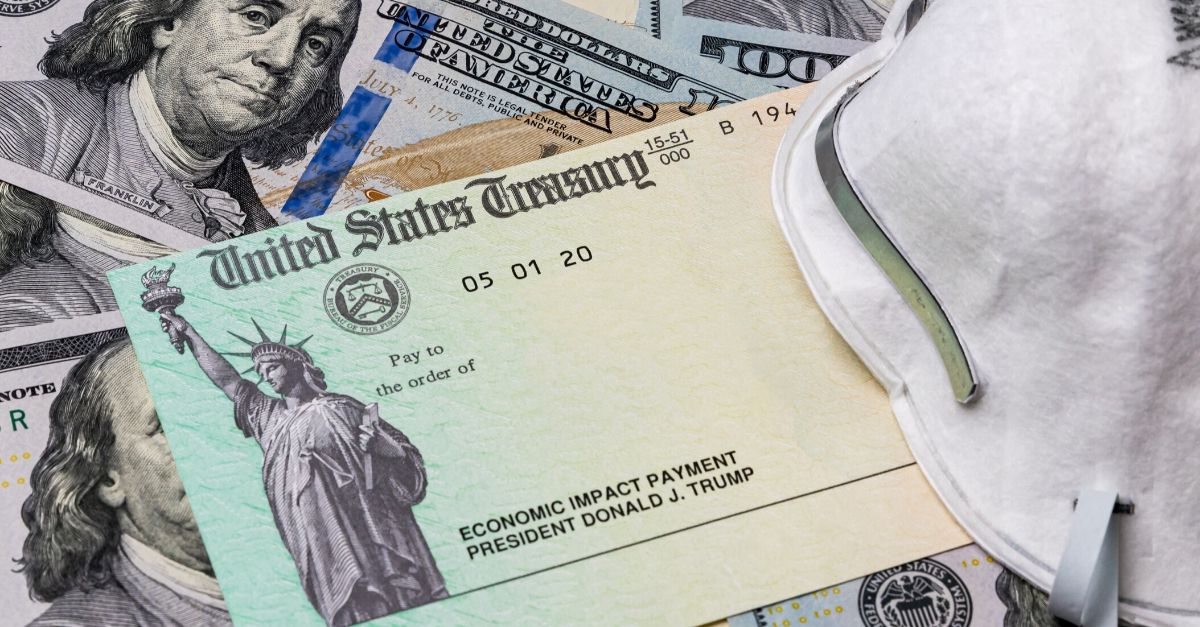 Well, it looks like the IRS has explaining to do. Apparently more than 1 million dead people received coronavirus stimulus checks this year, according to a report by the Government Accountability Office. The independent nonpartisan Congressional agency revealed that the stimulus payments, which were sent to 1.1 million people, totaling up to $1.4 billion. The U.S. Treasury Department officials stated that the Late March CARES Act mandated that they distribute the money as quickly as possible.

The shocking revelations follow anecdotal reports of people who have passed away getting stimulus checks and comes as Congress is considering new coronavirus package which may include more direct payments. The CARES Act sought to help Americans with the economic devastation of COVID-19 by sending checks of up to $1,200 to taxpayers, with an extra $500 per dependent child. Individuals making up to $75,000 a year received a personal check (or a direct deposit) for $1,200 and couples making up to $150,000 and filing a joint tax return received a combined $2,400. The payment decreased for those who make more than $75,000, with an income cap of $99,000 per individual or $198,000 for couples. The bill also gave a ?federal boost? of $600 per week to unemployment insurance.

Um, guys the IRS paid dead people $1.4B in stimulus. Seems like a bit of an issue… https://t.co/dRBj1EUNWH

According to a GAO report, the Internal Revenue Service and the Treasury Department didn?t decide to cut off the dead until May, after 72 percent of the payments were issued. The report noted, ?Treasury and IRS, in consultation with counsel, determined that a person is not entitled to receive a payment if he or she is deceased as of the date the payment is to be paid.”

Stimulus checks went to Americans who filed 2018 or 2019 tax returns, most of it transferred electronically into bank accounts. The report notes that the IRS had posted on a website that stimulus money sent to dead people should be returned, but that ?IRS does not currently plan to take additional steps to notify eligible recipients on how to return payments.?

In the rush amid the pandemic to disburse $270 billion from the IRS, nearly $1.4 billion was sent to deceased people, according to the nonpartisan Government Accountability Office. https://t.co/kpaq96HBVE

GAO noted is that Congress should consider allowing the Treasury Department to have access to all Social Security death records, just like the IRS has access to death records kept by the Social Security Administration, to make sure the dead don’t receive any more checks. The watchdog agency also said the IRS should highly consider more cost-effective options for notifying eligible recipients on how to return the set of payments, which the IRS agreed to do.

This week, President Donald Trump stated in an interview that he supported issuing another round of stimulus checks, as part of a ? very generous bill.? House Democrats also supported the idea of approving a bill in May that would authorize more checks.

The IRS provided the following instructions for returning an economic impact payment, also known at EIP, that was sent to a person who is deceased.

If the payment was a paper check and it hasn?t been cashed:

If you would like to return a paper check, you can visit IRS.Gov to see what mailing addresses you should use based on the state you live in.