Which Stores in the United States Have Closed Due to Coronavirus? 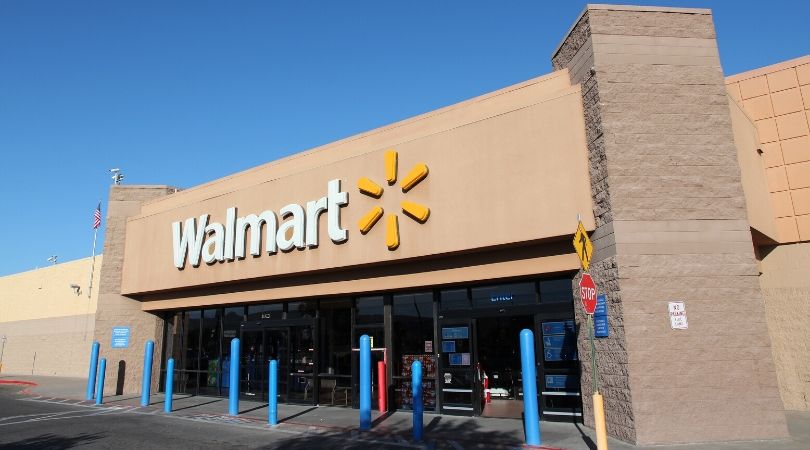 In case you have been living under a rock, major US retail stores have announced they are closing or limiting their store hours to prevent the spread of the Coronavirus here in the United States. Besides almost every state closing restaurants, bars, gym’s, and theaters, you also have big companies trying to protect citizens from the Coronavirus crisis and protect public health.

Walmart has taken steps to reduce hours after several major retailers have chosen to fully close physical store operations after there have been several confirmed cases in the country and they continue to rise. Major retailers Glossier and Patagonia both announced a temporary closure, prompting popular stores such as Abercrombie & Fitch, Nike, and Urban Outfitters to follow their lead.

Earlier this week, other retailers such as Calvin Klein, Tommy Hilfiger, and Levi Strauss also announced closure. In most cases, store employees are being compensated for the loss of their shifts, which is pointed out by the global pandemic which “has led to seismic shifts in paid sick leave policies for retail workers.”

Ever since the outbreak, favorite companies such as Starbucks, Trader Joe’s, and Whole Foods have all implemented new protections for workers. Several retailers have closed offices and have asked their employees who work in other parts of businesses to work from home.

What U.S. stores are closed due to Covid-19? Here’s a full list.

The tech company and maker of MacBooks and iPhones will close all retail stores until March 27th, 2020.

Chick-Fil-A is temporarily closing their dining room seating inside the restaurants, but the drive-thru will remain open.

In an effort to manage the evolving impact of coronavirus on our communities, we are temporarily closing our dining room seating to help limit person-to-person contact. Learn more: https://t.co/ydEgPsrFTm

All stores will remain closed as of March 12th for at least two weeks. Hourly employees are said to still continue to receive their regular pay for two weeks scheduled after closure.

The grocery chain is reducing hours and locations in the South and Midwest. Their new hours are 7:00 a.m. to 10:00 p.m.

A message from our CEO with updates on how we are keeping stores clean & replenished. We encourage customers to be kind, shop responsibly and only buy what they need during this difficult time, understanding we will continue to restock our shelves. Thank you for shopping with us. pic.twitter.com/QzJzRsf0WC

With love, Your Nike Family pic.twitter.com/BgXNwItRRU

Publix locations will all be closing at 8 p.m. until further notice. This will allow staff time to conduct additional preventive sanitation and restock several products on their shelf.

To better serve our customers, give our store teams time to conduct additional preventive sanitation and restock product on our shelves, beginning Saturday, March 14 we will adjust store and pharmacy hours companywide to close at 8 p.m. until further notice. pic.twitter.com/Lc0jRLtZwh

Starbucks is said to close in areas such as Seattle, where they are using a wider coronavirus outbreak. Elsewhere, the company will serve customers “to go” in the United States and Canada.

In accordance with social distancing guidance from the CDC and public health authorities, we are temporarily closing stores in some locations, and moving the majority of our company-operated stores to a "to go" model across the U.S. and Canada. https://t.co/U5M01tcwDL pic.twitter.com/9Y9AD50pPw

Target locations aren’t all closing, but more workers will be assigned to focus on online orders and a parking lot pick up.

Under Armour has closed all U.S. stores and is reopening on March 28th, 2020.

The favorite clothing store has closed all of its locations until further notice. Their sister stores, Free people and Anthropology, will also be closed until March 28th.

Walmart has reduced store hours to 6 a.m. to 11 p.m. until further notice.

Starting March 15, Walmart stores and Neighborhood Markets will be open 6 a.m. to 11 p.m. until further notice. This will help ensure associates can clean and stock products. Stores operating under more reduced hours will keep current hours of operation. https://t.co/xw5GuNFQ0F

President Donald Trump officially declared a national emergency over the coronavirus. As of Saturday, there have been nearly 3,000 Coronavirus cases reported in the US, and 152,000 reported globally. Several health experts are encouraging people to respond by practicing social distancing, which includes avoiding large gatherings of more than 10 people and maintain a physical distance of 6 feet from another person.