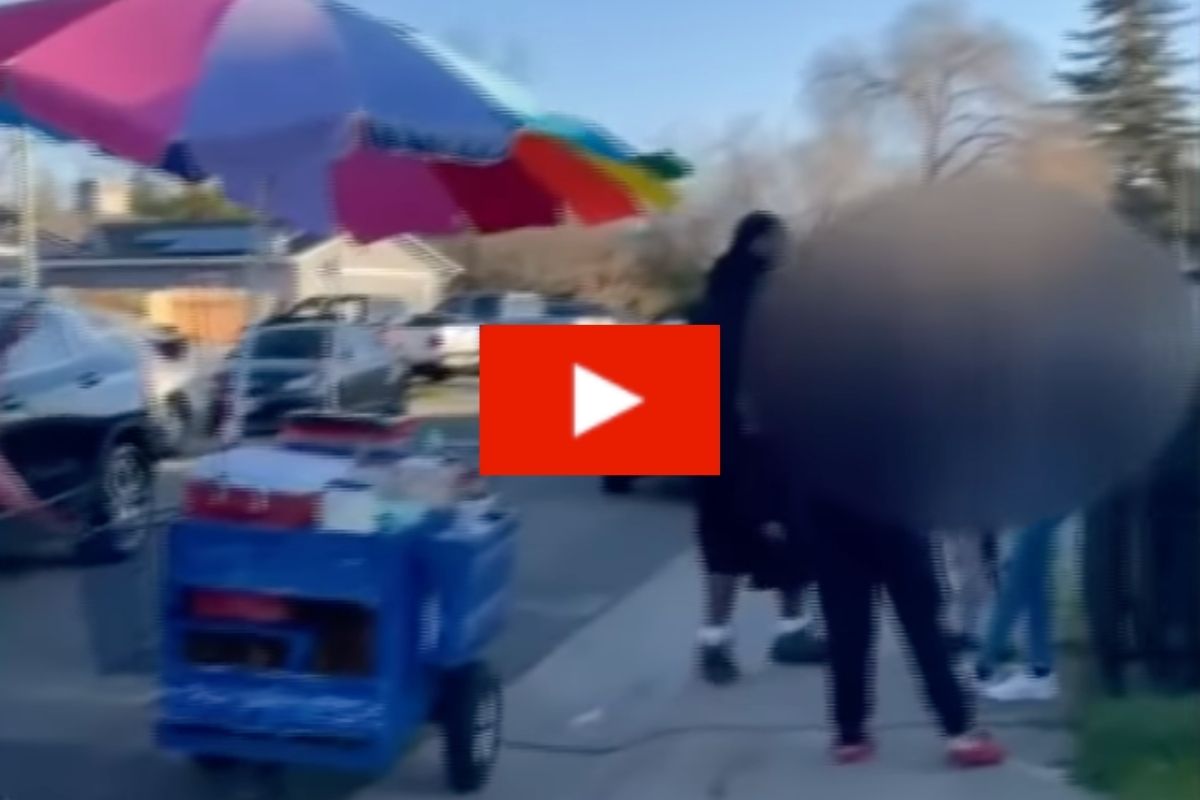 In Sacramento, California, an investigation has been launched after a group of customers were caught on video harassing a street vendor. The upsetting video shows the group of people yelling at the street vendor, taking and stealing her products, and then kicking her food cart over. She explains how she was just trying to do her job.

According to CBS 13, Edith Baralles was going about her usual workday, running a food cart in a neighborhood near Franklin and 12th Street. A group of people were attempting to buy snacks from her cart when an argument arose over what they were purchasing. Baralles explained that they started to harass her because they were short an item that they claimed they ordered. However, she said that they didn’t actually pay for that item.

Editor’s note: The street vendor’s face has been blurred, due to threats that have reportedly been made from the video going viral.

Instead of trying to understand how this could’ve happened or discussed with Baralles about what to do next, the group caused an uproar. In the video, they start yelling at the food vendor, and one person is seen helping themselves to some juice. While the others are still jeering, another person kicks down the whole cart, evidently causing damages.

Through an interpreter, Baralles explained, ?They started taking everything from my basket, my cart,? and added, ?Even though they were being filmed they didn?t care and they still kept harassing me.”

Baralles also isn’t the only food vendor who has been attacked in the area. Last month, a taco truck owner was shot in Modesto and last December, a street corn vendor in Linda was also shot. Other loyal customers have been shocked by these recent incidents, including customer Loretta Campos said, ?Everybody needs to make a living and I think it?s wrong for people just to come in and destroy people with what they are trying to build up in their life for their families.”

The police department has responded, saying they are still investigating and that theft charges could be filed. I hope police officers do find the people responsible for this and hold them fully responsible for the damages and costs they also caused. Especially now that things are reopening because of the COVID-19 vaccine rollouts, selling snacks can really help these people get the most out of making their livings.

I don’t think I or anyone else will ever truly understand how people can be so incredibly cruel. Even if the service you’re receiving isn’t at its best, everyone can use a little compassion and empathy. But what does make this worse is that this doesn’t seem to be the case here. These people were mad because they didn’t receive an item that they didn’t pay for, meaning they were upset that they were not getting free stuff from a woman working hard to make a living.

This kind of entitlement needs to stop.