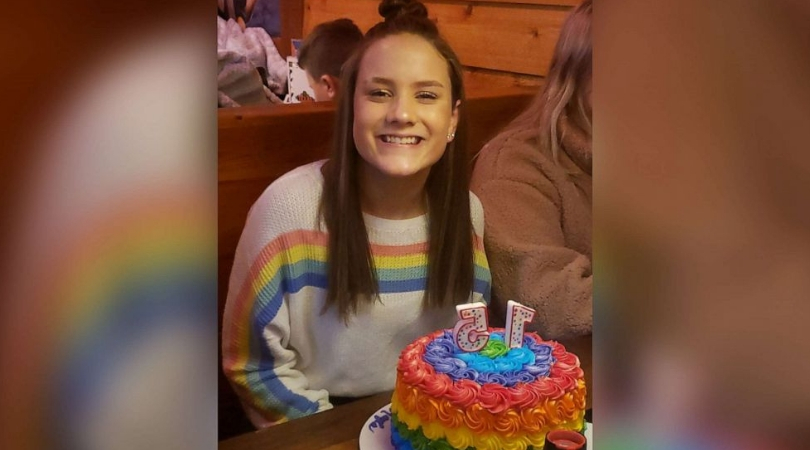 A Kentucky freshman was expelled from her Christian private school after a photo showed her wearing a rainbow shirt while smiling in front of a colorful rainbow cake for her 15th birthday. Kimberly Alford stated she posted the photo of her daughter, Kayla Kennedy, to social media during her birthday celebrations.

Alford stated, “She was happy, you know of course as a mom, I took her picture of her blowing out her candles and I posted that on my Facebook page.” Unfortunately, the photo caused quite a number of controversies. The post was shared with staff at Kayla’s school, and it was the “last straw” for Whitefield Academy.

A few days later after her birthday, Kimberly was contacted by Dr. Bruce Jacobson, the head of school. Alford stated the email said they were expelling Kayla from Whitefield immediately due to the post on social media. Dr. Jacobson stated the picture, ?demonstrates a posture of morality and cultural acceptance contrary to that of Whitefield Academy?s beliefs.?

The school also noted that Kayla was not just expelled ?solely for a social media post,” rather she had violated the student code of conduct ?numerous times over the past two years.? Kayla reportedly had previously gotten in trouble for shaving the sides of her head and for having an e-cigarette on campus. The email also stated, “All parents who enroll their children in our private school know upfront that we ask the students to adhere to a lifestyle informed by our Christian beliefs.”

The school’s code of conduct does not address sexual orientation and doesn’t say if a student off-campus behavior isn’t in line with the school’s beliefs, the student will be disciplined. The mother wants to know how the shirt brought them to that final conclusion. She stated, ?When I called the head of the school to discuss it with him, I was quite emotional. He told me, ‘Kim, the sweater, the cake, it just kind of represents gay pride? when you saw the cake you should have refused it.'”

Count your blessings, girl.
That's not a school that holds your values and freedoms near & dear.
I'm sorry you've got to go thru this…
Good thing you didn't have a unicorn! The school may have accused you if worshiping false idols 😂

She quickly filed an appeal against the expulsion. Unfortunately, the school refused to meet with her but agreed to change the expulsion to voluntary withdrawal so it won’t be on the teenager’s record. Although the mother appreciated the change, she feels the negative judgment of the situation could impact the future of Kayla.

Kayla is now enrolled in a public school, after four years of attending the Christian private school and settling in at Whitefield. Now, I do agree with the mother in this situation. What a student does outside a school isn’t the school’s business. This girl got expelled over a cake and a t-shirt,  she wasn’t even attending the school at the time she was wearing it. Sure, the e-cigarette and might be a good reason for a suspension, but this is ridiculous.  I get if maybe she would have physically hurt someone and was a danger to the school. Then yes, by all means, you have every right to expel her since your students could be at risk.

But for a shirt and a cake? Come on! That’s just begging for people to call you homophobic. I get you’re a Christian school, and I respect that, but this can be considered discrimination. Props on the mother for not taking legal action.