A viral video prompted over 50 students to apologize to a boy with Cerebral Palsy after he was used as a human bridge. The video showed the students and adults rallied outside a high school in Nova Scotia, Canada, where the boy is seen lying in a stream, and children hopping over him. The boy is seen standing in the middle of shallow, murky water while more than a dozen children stare down at him from a small hill. He then lies down on his stomach with his palms flat in the mud to steady himself as the current passes by him.

Moments later, a girl leaps from the side, stepping on 14-year-old Brett Corbett’s back and lunging to the other side, converting Corbett into a human bridge. Several teenagers are then seen laughing at Corbett and demanding he go back in the water after he stands up.

The video quickly went viral spreading across the town, shocking people. A group of supporters created a rally outside Glace Bay High School called “Stand for Brett Corbett”, to show Brett was not alone and defended the boy for the student’s actions. Several were upset the incident occurred under authority, and are urging them to step up to avoid any more bullying.

Several signs were seen reading, “Step up so others don’t get stepped on,” and “Stop bullying! We Stand with Brett!” Rally organizer Dionne Dermody said she has first-hand experience working with people with cerebral palsy, saying it hurts to see kids like Brett bullied for something they can’t control.

Several were blaming the school officials for not stepping up in the incident and condoning the bullying. They believe it’s the schools responsibly to demand students behave as civilized members of society. The students involved in the bullying, unfortunately, according to Brett’s mother, received only a light punishment and believes that school officials are not doing enough to support the boy.

20 students walked out of the class at the high school to protest the bullying incident and the school’s lack of action in condoning a serious problem of bullying at the school. School administrator did not respond to the incident in a timely manner, but Cape Breton-Victoria Regional Center for Education stated the administration was taking the incidence seriously and found the behavior disappointing and unacceptable.

Police are currently investigating the incident, but haven’t confirmed or denied when student have been suspended due to privacy reason. 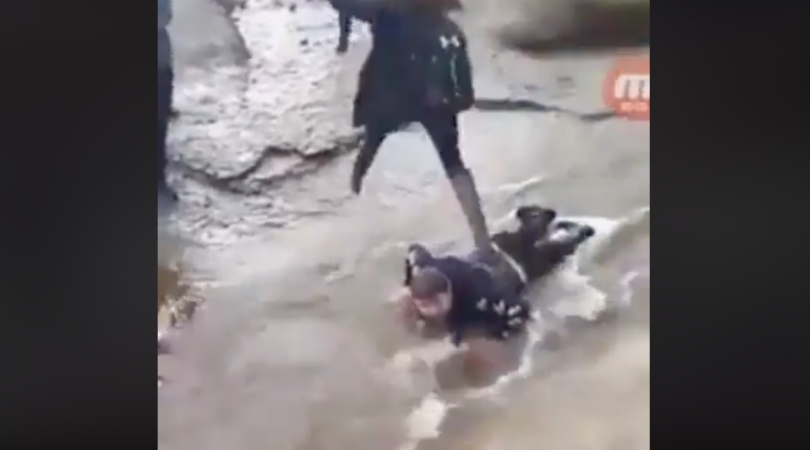