Syrian fighter jet drops bombs near U.S. allies, and America responds by shooting it down 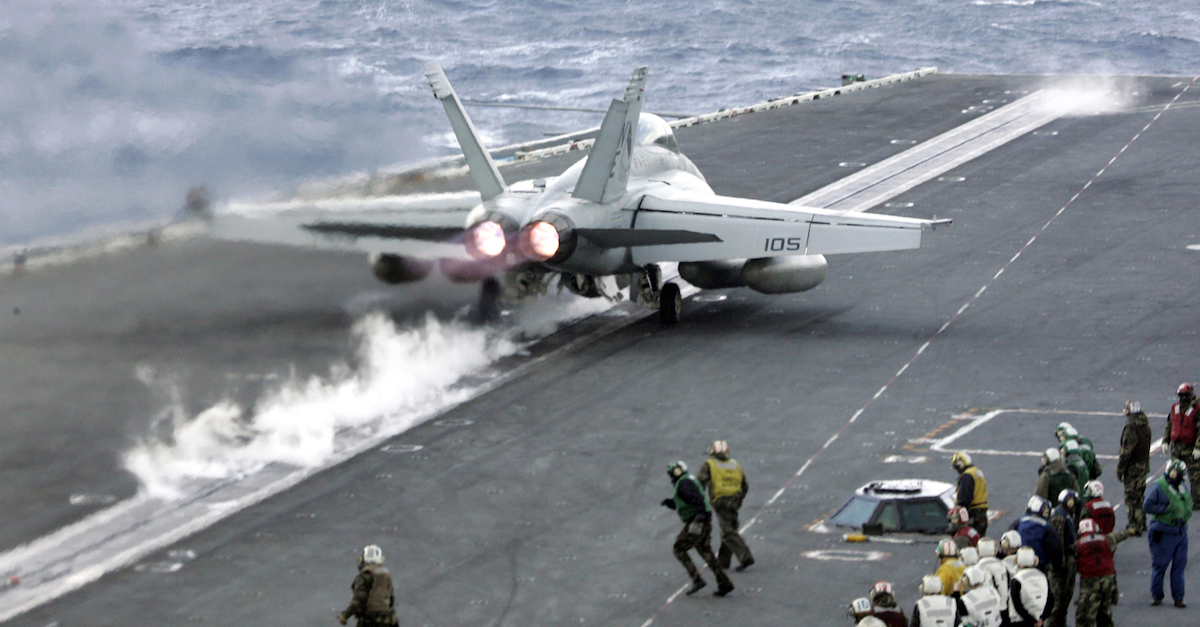 AP Photo/ Lee Jin-man, Pool
A F-18 Super Hornet is launched from the deck of the United States Navy carrier USS Abraham Lincoln during a day of Foal Eagle exercises off Ulsan, South Korea, Thursday, March 30, 2006. About 25,000 U.S. troops and an undisclosed number of South Korean soldiers are participating in the maneuvers, dubbed RSOI and Foal Eagle, which began Saturday and was to wrap up on Friday. (AP Photo/ Lee Jin-man, Pool)

The U.S. military has announced that it shot down a Syrian Air Force fighter jet on Sunday after it dropped bombs near U.S. partner forces who were fighting ISIS.

U.S. officials say that the shoot-down was done in the ?collective self defense? of Syrian Democratic Forces (SDF), allies in the fight against ISIS.

A U.S. Navy F-18 Super Hornet shot down the Assad regime’s SU-22, which “wound[ed] a number of SDF fighters and [drove] the SDF from the town” of Ja’Din.

US confirms shot down #Syria SU-22 fighter jet "in accordance with rules of engagement & collective self-defense". A 1st in 6 year war. pic.twitter.com/NlJa4XhbjP

?The coalition?s mission is to defeat ISIS in Iraq and Syria,? the Pentagon said in a statement. ?The coalition does not seek to fight Syrian regime, Russian or pro-regime forces partnered with them, but will not hesitate to defend coalition or partner forces from any threat. ?

RELATED: President Donald Trump clears up what he wants to happen between the United States and Syria

The coalition said the Russia was contacted before the Syrian plane was shot down.