Couple Sues Taco Bell For Overcharging Them $2.18 for Chalupas 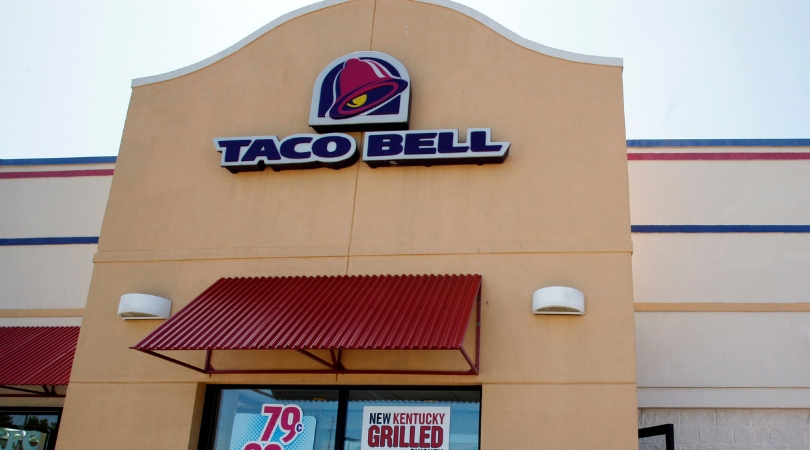 Geesh, I swear people sue for everything nowadays. No one is safe, not even Taco Bell. Turns out the company is ridiculously being sued by a New Jersey couple because they got overpriced for Chalupas! Yes, chalupas! What is this obsession with Chalupas? Someone, please explain this to me, it’s not like they are the best thing in the world.

Still, the couple alleges that one night they were watching TV when they came across a Taco Bell Commercial that showed the chalupa-based combo being advertised. So, they decided to go to the nearest Taco Bell to get one. Although the TV commercial said that the Chalupa Box was 5 bucks, when Nelson Estrella-Rojas and Joann Estrella-Rosales each ordered a combo, they were charged $6.06 each before tax.

Yes, the shame, the horror. So, instead of just shrugging off the extra $2.18 difference and enjoying their food that will probably send them straight to the toilet, they decided to hire a lawyer. Because well, those two bucks could definitely come in handy whenever they want to get a soda from a vending machine.

A twist on a classic. Say hello to the new #DoubleChalupa.

According to the lawsuit, the couple was “taken aback” by the price of the Chalupa Cravings Box which contained one 5-Layer burrito, one Chalupa Supreme, one crunchy taco, cinnamon twists, and a medium drink. Which is a lot of food for one person to eat, but hey, our stomachs are all different. So, after paying the $6.06, the Estrellas asked to speak with the manager who told them that the commercial indeed stated that the prices may change.

But, the couple was not satisfied with the answer so they hired an attorney who was willing to write a complaint alleging that they “sustained an ascertainable loss” with their “expensive visit to Taco Bell.” Which included their “wasted time,” the gas they used to make the six-mile round trip, and the horrible $2.18 extra. So, they filed a lawsuit against Taco Bell and their parent company, Yum! Brands. (Fun fact: Did you know that it costs $250 to file a lawsuit in a New Jersey State Superior Court? Yup, the equivalent of forty-one $6.06 Chalupa Cravings Boxes.)

According to Douglas Schwartz, the couple’s attorney, they basically have a full case because “You can?t tell someone you are going to charge them $5 in big bold print and then take it away with a fine print disclaimer. You can?t do that. It?s against the law. “It?s a classic bait and switch. It?s consumer fraud being perpetrated upon not only citizens of New Jersey, but all over the country. Taco Bell has reaped huge profits from their false, misleading and deceptive advertising.?

The lawsuit alleged that Taco Bell violated the state’s Consumer Fraud Statute which requires disclaimers to be printed on the screen in a “type size and style that is clear and conspicuous relative to the other type sizes and styles used in the rest of the advertisement.” In the commercial, the couple saw one called “Librarian,” the “prices may vary” disclaimer wat 1/16 the size of the text that actually announced the price of the $5 Chalupa Cravings Box. The disclaimer was also allegedly only on-screen for a total of three seconds.

Responding to the lawsuit, which was initially filed in Superior Court in Middlesex County, Taco bell transferred tit to federal court because of neither them or Yum! Brands headquarters are in New Jersey and there is the potential for punitive damages for $75,000. So, there you have it, a dumb lawsuit that will probably cost the couple more than $2.18, that’s for sure.

If you could only see me rolling my eyes right now.

Editor’s note: This article was originally published on October 23, 2019.