Health and Human Services Secretary Tom Price, who has made a career of advocating for fiscal responsibility, has been booking private plane travel at taxpayer expense, according to a report by Politico.

Between September 13 and September 15, Politico says, Price booked five charter plane trips — including a round-trip to Philadelphia from Washington D.C., even though the two cities are less than 150 miles apart.

On another trip, three other flights took him to a Maine resort for a discussion with a health care CEO, a health center in New Hampshire, and then back to Washington, D.C.

Price fiercely promotes reducing spending at his agency.  Former HHS staffers for the Obama Administration said that charter plane flights, especially for short-haul flights like these, were a “non-starter” during their time. When reached for comment, HHS said charter planes may be used for travel when commercial travel options are not available, but Politico found several instances of commercial flights and Amtrak trains that neatly overlapped Price’s schedule for those trips.

Charter plane operators interviewed for Politico’s story say the flights cost over $10,000 each. A reasonable estimate for Price’s plane travel for the two-day span is in the vicinity of $60,000, apparently paid for by Health and Human Services. (When contacted, none of the organizations hosting Secretary Price indicated that they had compensated Price for his travel.)

Back when Price was a member of the House of Representatives, he lambasted charter plane travel for members of the federal government.

In 2009, Tom Price posted this clip of himself railing against govt private jet $ in name of fiscal responsibility https://t.co/oV9lASXt8M pic.twitter.com/TGYzNO3R48 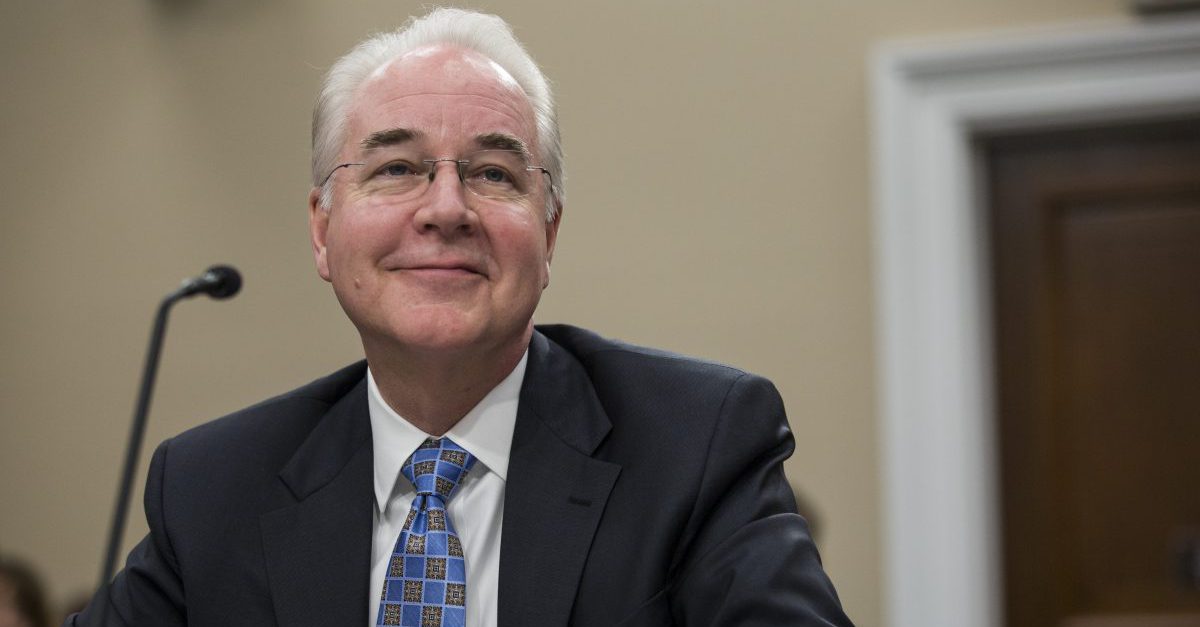