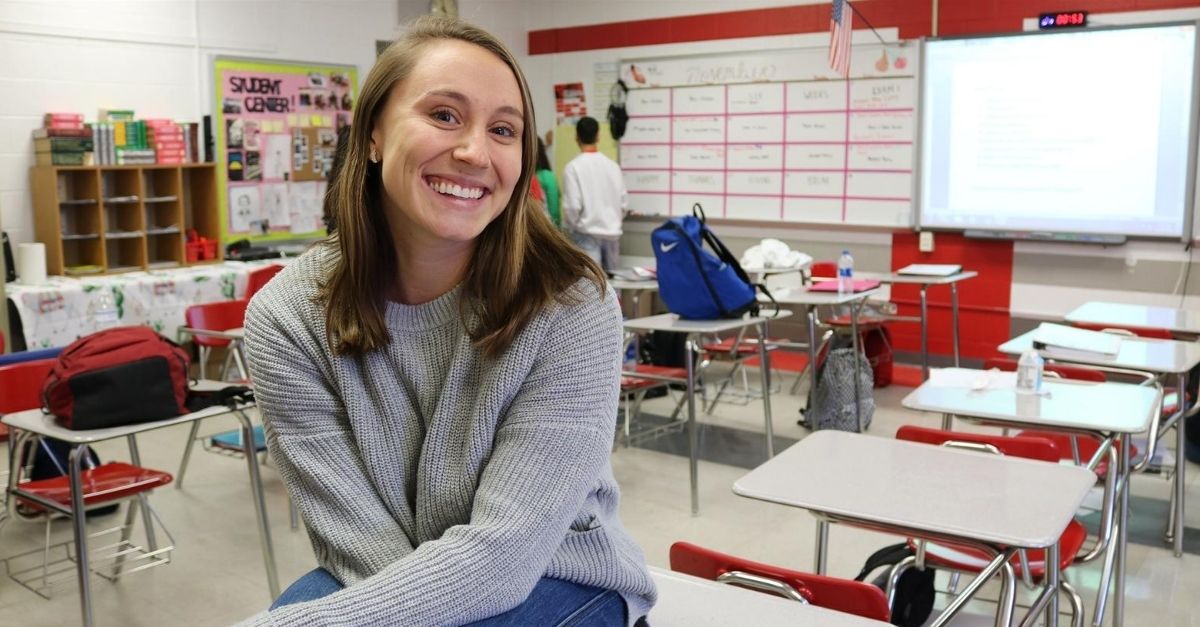 A Texas school district reversed its decision to place a teacher on administrative leave over Black Lives Matter, a pro-LGBTQ poster, and feminist posters displayed on the wall of her virtual classroom. Taylor Lifka, who’s an English teacher at the Roma High School in Roma, a Border Town of around 10,000 people, was placed on leave after parents complained about her posters.

Speaking with NBC News, the 25-year-old said the experience of having national attention about her classroom has been overwhelming. She stated, “Our nation is in a really divisive state right now, and so when something like this comes out that a teacher is being placed on administrative leave because of parents’ concerns over teaching tolerance in the classroom, that’s a bigger question.”

Roma Independent School District superintendent Carlos Guzman did release a statement, saying that the district “regrets that this matter has become a point of controversy.” He then said it was never the intention of the district to indicate the lack of support for the concepts of student safety and equality. Prior to her reinstatement, the Texas teacher stated this wasn’t the first time a parent was upset and it wasn’t the first time that a parent asked for their child not to be in a specific classroom. She added, “I’ve already told the administration that I do not envy their position. Your job sometimes might seem like a job where you need to please, and while this might be challenging, I think that sometimes we need to do the right thing even though it’s going to upset some people.”

An online petition was started this week asking the Roma ISD to reverse its decision and reinstate the teacher. The petition asked people to sign a petition and let the school district know that inclusivity and acceptance “are not taboo ideas that deserve censorship.” It also noted that several high school students should be allowed to discuss the realities, such as concepts of equality, of the world instead of just being sheltered inside “a sanitized bubble.” It noted that the 25-year-old was trying to create a safe space for students and how the school was not being neutral and was taking a stance that is antithetical to Justice.

It's always the right time to do the right thing. So much appreciation for this teacher standing her ground and demonstrating the power of #SocialJustice education.https://t.co/S9zShu6gPU

The petition was started by community members of a local LGBTQ rights group, South Texas Equality Project, and has had over 30,000 signatures the day after the district reversed course. Ms. Lifka didn’t note that it was not clear whether the petition played a role in getting her job back, but she was inspired by those who signed on and gave her full support. In her online profile for the Roma Independent School District, the teacher wrote that she fell in love with the border culture and the tight-knit community of the Rio Grande Valley back in 2017 when she worked there as a Teach for America member.

The Texas teacher said she was told about her Administration leave being reversed through Zoom by school officials, noting, “They say I haven’t been punished, and that’s fine, but at the same time I’m a human being and this has been challenging. To think about re-entering the classroom tomorrow gives me a lot of pause, because I need a moment to collect myself. I need support from the administration, knowing I can re-enter the classroom, that we are all on the same page knowing what I can and cannot say to my students.”