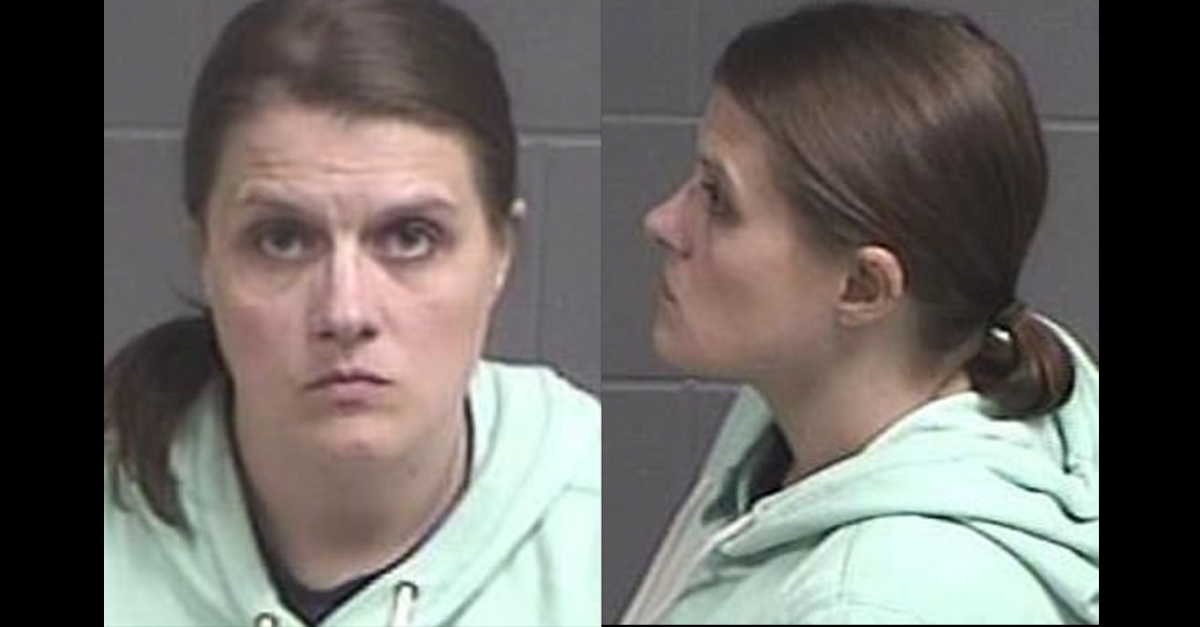 A Wisconsin teacher has been accused of having sex with her teenage foster son. Their sexual relationship was discovered by her husband, who caught the two in the act after he became suspicious of the pair and placed hidden cameras around their Oneida County, Wisconsin house in order to prove that the woman and the couple’s adopted son were carrying on a sexual relationship.

38-year-old Stephanie Pudlowski was arrested on May 15th and charged with sexual assault of a child placed in substitute care, sexual intercourse with a child age 16 or older and causing mental harm to a child.

Pudlowski’s husband turned over video and audio to the police that showed Pudlowski and her foster son engaging in sexual acts. Her husband had reportedly set up cameras in the boy’s bedroom, which was in the home’s basement, in order to record some of the worst family home movies in the history of families or movies or homes. Authorities say the affair had been going on for months.

According to reports, when Pudlowski had claimed to her husband that, when she would go into her foster son’s bedroom and close the door, she would do so because he was “a loud gamer” — an excuse so bad and so suspicious that it would not be surprising to learn that the husband went out and bought the cameras literal seconds after hearing it.

Pudlowski first met her foster son while she was a teacher at James Williams Middle School in Rhinelander, Wisconsin, though police have said that no sexual contact between her and the boy ever occurred on school property. Pudlowski has since resigned from her position at the school, where she was an eighth-grade English language arts teacher.

Pudlowski’s husband has filed for divorce.

Watch: Teenager Mauled by 10 Foot Gator in Front of Mom