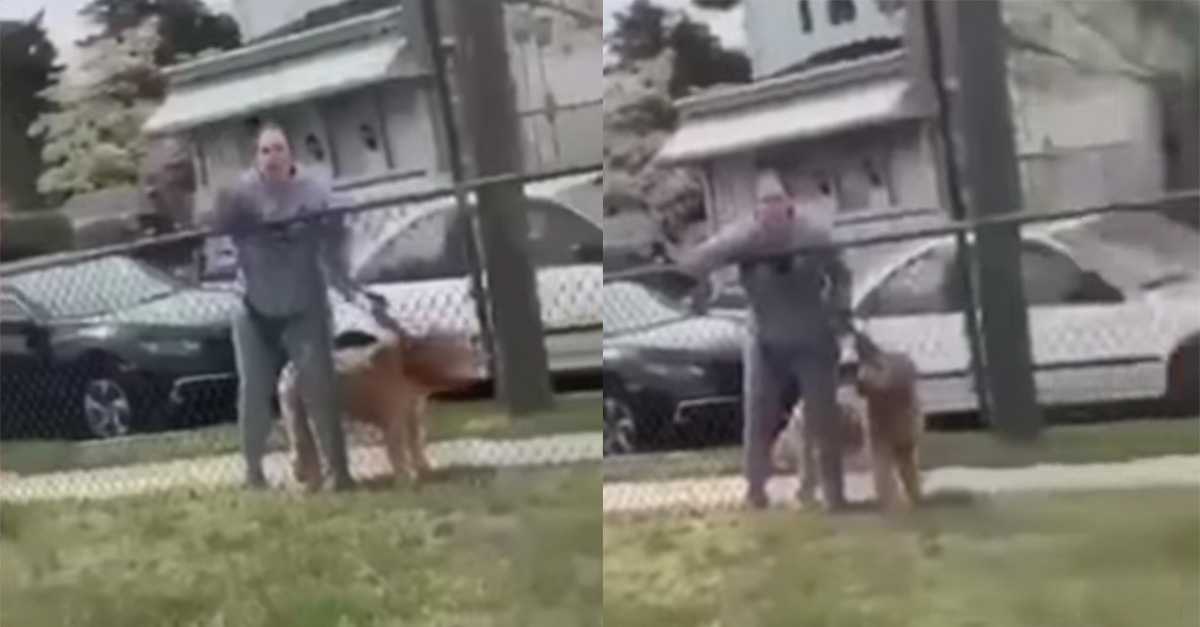 A New Jersey high school teacher made what was clearly a bad day roughly a trillion times worse after she wished slow painful death on a group of teenagers from her school who were ignoring coronavirus pandemic social distancing by playing football in a closed park. Whatever the teacher version of the Hippocratic oath is, what she did there is probably the opposite of that.

Nicole Griggs, a math teacher at Steinert High School in Hamilton Township, New Jersey for the last fifteen years, was out walking her dog in a classic quarantine outfit — a filthy old grey sweatsuit — when she came across some Steinert students and, understandably, had a tough time holding her tongue about their rebellious behavior against public health orders.

While it’s reasonable for someone to become upset at other people for not following (or completely ignoring) proper COVID-19 social distancing measures, there are still limits to that reaction. And the Hamilton teacher soared across that line sitting atop a speeding rocket like Slim Pickens.

According to the Trentonian, Griggs was simply yelling at the kids to leave, telling them that things would go on this way if people like them didn’t listen to the authorities about taking proper precautions, and even warned them that they would get arrested if they didn’t go home. She was almost trying to help.

But then things took a turn. Griggs became more and more frustrated and started shouting at one of the kids for filming her. Then, completely fed up, Griggs fired off probably the wrong thing.

The video was uploaded all over social media, first to Snapchat and then to TikTok, with the caption, “Y’all Mrs Griggs is losing her damn mind how tf is she a teacher #coronavirus.”

Editor’s note: This article was originally published on April 27, 2020.