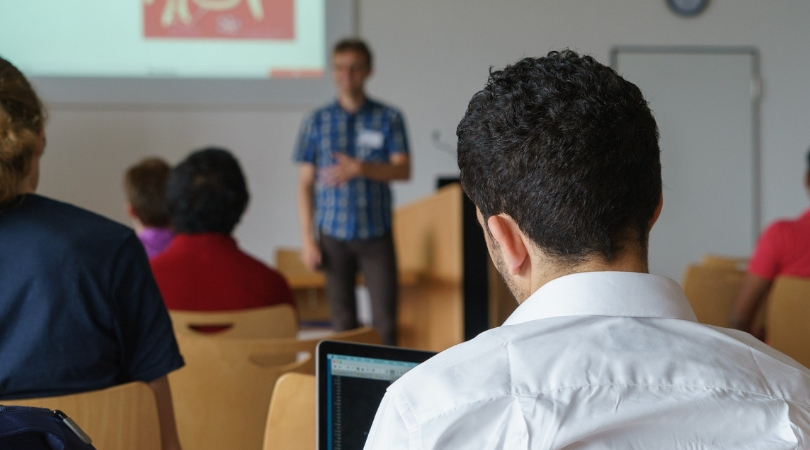 A star high school teacher from Toledo, Ohio is being accused of using a baseball bat to force a 16-year-old student out of his classroom, before bending her fingers back and placing her in a chokehold. According to authorities, the teenage girl told police at school she had visited teacher Kenneth Crosley classroom to purchase a homecoming ticket from another student. The student said Mr. Crosley immediately yelled at her to “get the hell out of here”, before grabbing the baseball bat.

The teacher used the bat to push her out of the classroom into the hallway to speak privately. There, the student said the teacher pulled her fingers back and put his hands on her neck. The school report stated that the officers in charge observed redness and swelling on the student’s hand and neck; she was taken to the school nurse.

Crosley spoke with officers and gave his side of the story, saying the student entered his classroom shouting and swearing at him. He then asked the student to leave his room, but she refused. That is when he picked up the bat and attempted to nudge her out of the room.

Once in the hallway, Crosley said the students took an offensive position as if she were preparing to swing at him. In a moment of fear, he tried to gain control of the student until school security and assistant principal arrived. Star’s principle and the student’s guardian were immediately notified of the incident, and no charges have been filed against Crosley as of now.

Lt. Kevan Toney, a TPD spokesman, stated that in a case involving a possible misdemeanor assault, unless an officer witnesses the incident or finds overwhelming evidence of the situation, it is up to the victim to take a police report to the prosecutor to press any charges. The report was done by Officer Mariquitta Bey, a school resource officer for Star. As of now, an internal investigation is up to the school district since the police investigation ended, but the incident is being reviewed by school administrators.