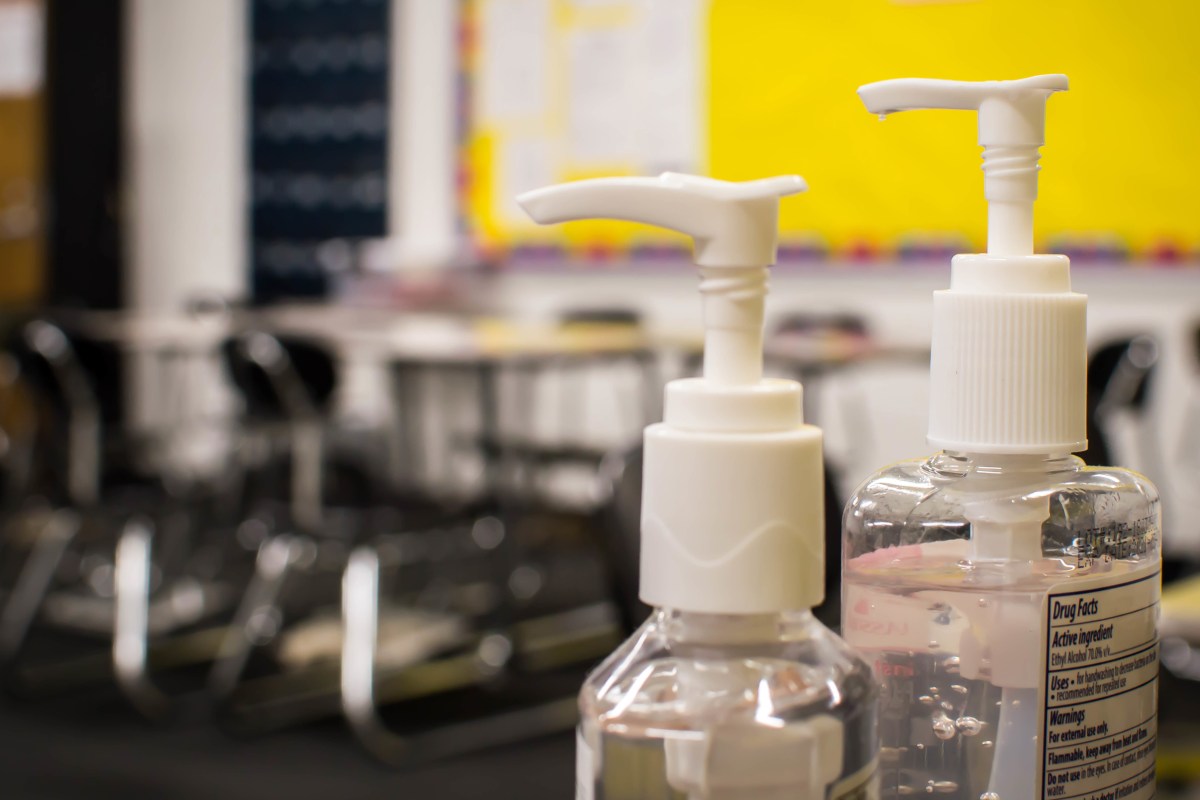 A middle school teacher from West Palm Beach, Florida has been suspended ten days without pay for allegedly force-feeding a student hand sanitizer because she believed the student was speaking too loudly in her class.

The Palm Beach County school board gave Florida woman Guyette Duhart a ten-day suspension from Polo Park Middle School in Wellington, Florida for her neo-nun approach to child discipline, however, Duhart is appealing the suspension and has been placed on an alternative assignment in the meantime.

1. Duhart’s explanation for what happened sounds like it was outsourced to one of her students. In short, it sounds like the type of lie a ten-year-old would tell. “Oh no um, I didn’t um make um, Billy drink the soap. What happened was that I, like, had the bottle of dish soap near Billy and then I tripped and also Billy tripped and when Billy trips his mouth always opens and while I was tripping my hands started squeezing the soap bottle ‘cuz I was scared of falling and the soap shot into Billy’s mouth.”

2. But also, kids are weird as hell. It’s not impossible to think that some class disrupting, attention-seeking kid shot some hand sanitizer into his mouth. I’ve seen kids do way weirder than that.

3. Everyone who went to school before 1980 — especially Catholic school — has got to be reading this and thinking, “lol and?”

4. Congratulations on having the worst first sip of alcohol ever, kid.

This story was originally published February 24, 2020.