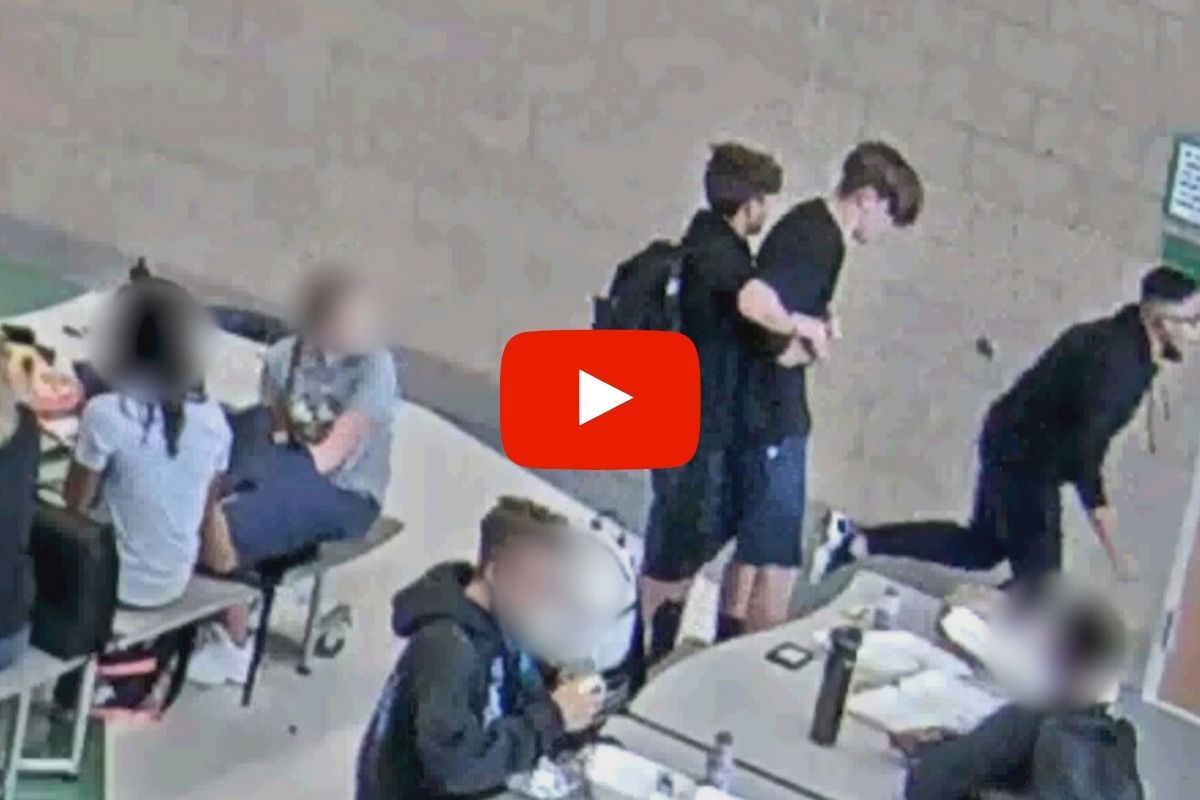 This is what friends are for ladies and gentlemen. To save lives and give you unconditional love. A Jordan Middle School student is alive thanks to what his friend remembered from taking a health class. During lunch at West Jordan Middle School, High School student Jackson Johnson began choking on his chicken sandwich and was struggling to breathe.

Jackson, from Utah, recalled the moment, saying that he was really terrified. He stated, “My immediate reaction was to see if I could cough it up into the trash can. That didn’t work, so I went over to Hunter and did the international sign that I’m choking.” Before realizing that anything was seriously wrong, Hunter Olson stated that a group of good friends were laughing at Jackson thinking that something had just gone down the wrong tube. He stated, “then he did the sign and his face was a different color and his eyes looked scared, so I did the Heimlich.”

The incident was all caught on camera where you can see Olson quickly spring into action to help his choking friend. Hunter stated that he learned the Heimlich maneuver in an eighth-grade health class, but he never thought that he would have to use it to save his friend’s life. He noted, “I kind of knew exactly what to do. It was kind of ‘fight or flight’ mode and something just clicked in my brain and I kind of did it.” As far as Jackson, he said he was happy that his friend paid attention in class and he was thankful that he knew how to do it correctly.

The Heimlich Maneuver is a first-aid procedure that is used to treat upper airway obstructions using abdominal thrusts. American Dr. Henry Heimlich is credited for its discovery. I guess this is your reminder to always hang out with people who will do the Heimlich maneuver on you and well, make sure you brush up on how to do it yourself in case you’re ever in a life-saving emergency situation. I’m sure their friendship bond strengthened after this scary incident.

Watch: Taco Bell Employee Saves Customer Who Passed Out in the Drive-Thru