Teenager Strangled to Death by 23-foot Python While Hiking 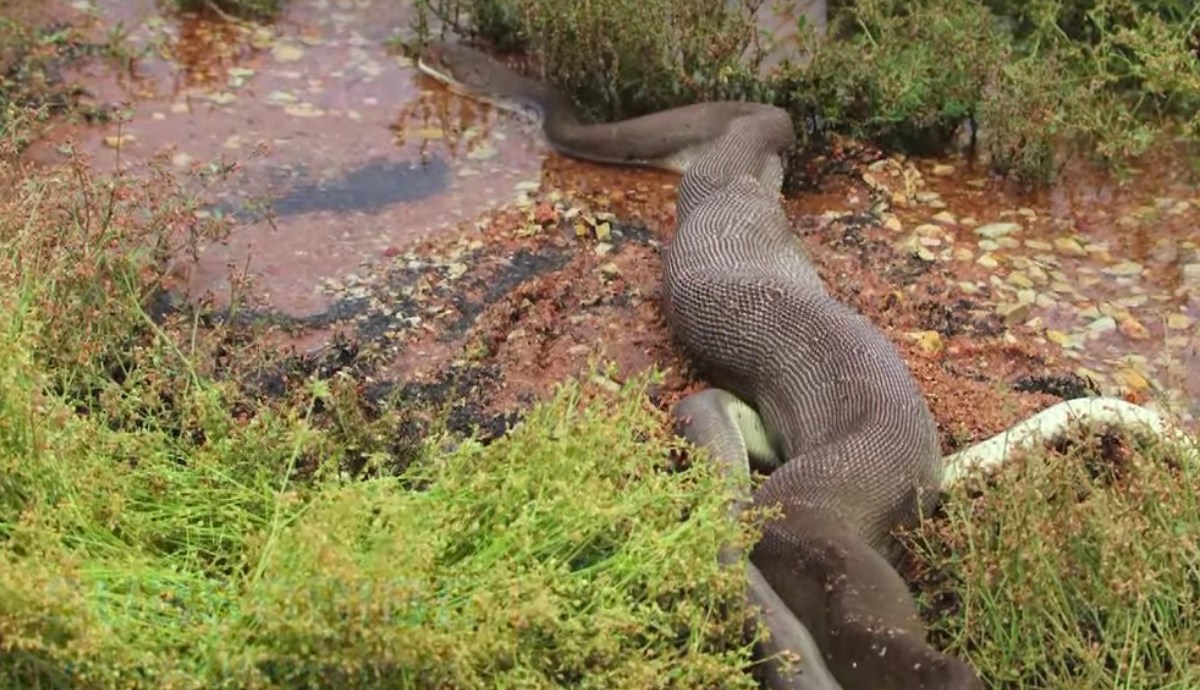 A teenage boy was on a hike with several friends in South Sulawesi, Indonesia when he was attacked and ultimately strangled to death by a 23-foot long python.

The boy, whose name was Alifan, was ambushed by the predator, which initially bit and latched onto his thigh. According to his friends — Andi Robin, Segal Rifki, Saldi, and Sahrul — Alifan screamed for help but they had trouble locating him at first. When they found their friend they attempted to get the snake off of him but it had wrapped itself around Alifan’s head and neck. The boys suffered bites themselves in their attempts to save him.

One of the boys ran to a nearby village to get help from adults. When they returned the snake was still wrapped around Alifan and strangling the life out of the boy. The locals hacked at the python with machetes, ultimately killing it in their attempt to save Alifan, but sadly the boy died before they could free him from the python’s grip.

In 2018 a 54-year-old Indonesian woman was strangled and swallowed whole by a 23-foot long python while she was gardening. Locals lead an exhaustive search for the woman before finding the woman’s sandals and machete, and the bloated python 30 meters away from the garden.

The reticulated python that attacked and killed Alifan can grow up to 32 feet long and preys primarily on mammals. The serpents are capable of killing not just human beings but also pigs and even some cows.

Watch: FLORIDA IS HIRING 50 NEW PYTHON HUNTERS, ARE YOU UP FOR IT?