Two teenagers from Bellevue were arrested and charged with attempted first-degree murder after they were accused of attacking a 59-year-old man with a stainless steel metal meat tenderizer and a wooden rod. 18-year-old Gabriella Laws and Joshua Fithian are accused of attacking the girl’s father, Robert Laws, in his bedroom back in January. The two teenagers appeared Monday in Sarpy County Court and were each ordered held on $1 million bail.

According to an affidavit that was filed in Sarpy County Court by Bellevue police detective Michael Legband, police responded to the home located Northeast of 48th Street and Nebraska Highway 370 shortly after 2 a.m. on January 17th. That’s where an officer found Robert Laws in his bedroom with several injuries to his left side of his face. Laws’ wife, Maria, who reportedly slept in a separate bedroom, stated that she was awakened by a noise and then found a wooden rod in the hallway. That’s when she found her husband unresponsive in bed and a metal meat tenderizer on the floor. His CPAP mask was reportedly still secure to his face.

Two Bellevue teenagers have been charged with attempted first-degree murder after they were accused of attacking a 59-year-old man with a metal meat tenderizer and a wooden rod.https://t.co/5xLze4dcWM

The detective stated that Robert Laws was quickly taken to the Nebraska Medical Center with injuries so severe that he had to be placed in a medical coma in order to treat brain bleeding and cranial fractures. The affidavit stated that police think the man was attacked while he was sleeping. Laws later went to the Madonna Rehabilitation Hospital where he told police officers on February 10th that he didn’t remember the attack but he thought that Fithian may have been responsible due to a previous argument they had had.

According to the Omaha World-Herald, officers quickly question Fithian, who told them that he, Maria, Gabriella, and Robert, had an argument regarding his history of sneaking in and out of the house. The parents had told him not to be in the house between midnight and 7 a.m. According to Fithian, after dinner on January 16th, he and Gabriella went to the basement until 12:45 am. He then left through a basement window because he was there later than he should have been. Sharing another side of the story, Gabriella last told police that Fithian had indeed left through the front door of the home.

18-year-old Joshua Fithian had the same bond set with the same no contact conditions. Both Joshua and Gabriella are facing 5 charges including attempted murder, assault and conspiracy to commit murder. Joshua broke down in tears as his charges were read. @WOWT6News pic.twitter.com/OYeSANPAeW

While being questioned by police about the severe attack, Laws stated, “I mean I don’t think it was my mom, and I don’t know, I didn’t do it but if I did in my sleep I don’t know.” When asked by law enforcement officers if she would be capable of assaulting her own father, or even accidentally, she stated, “I hope not.” When asked to clarify her response she stated, “Well if I did, well not, I mean I hope I would have never done that.”

Robert and Maria Laws filed a protection order against Fithian on January 20th. The protection order stated that Fithian told the Laws on January 16 that ”he wasn’t going anywhere” and had plans to come into the house whenever he wanted. Medical experts took Gabriella’s DNA in order to compare it to what was found on the wooden rod and the meat tenderizer left at the scene. A search warrant has been followed to obtain Fithian’s DNA. Fithian and Laws have also been charged with two counts of assault using a weapon to commit a felony and conspiracy to commit murder. 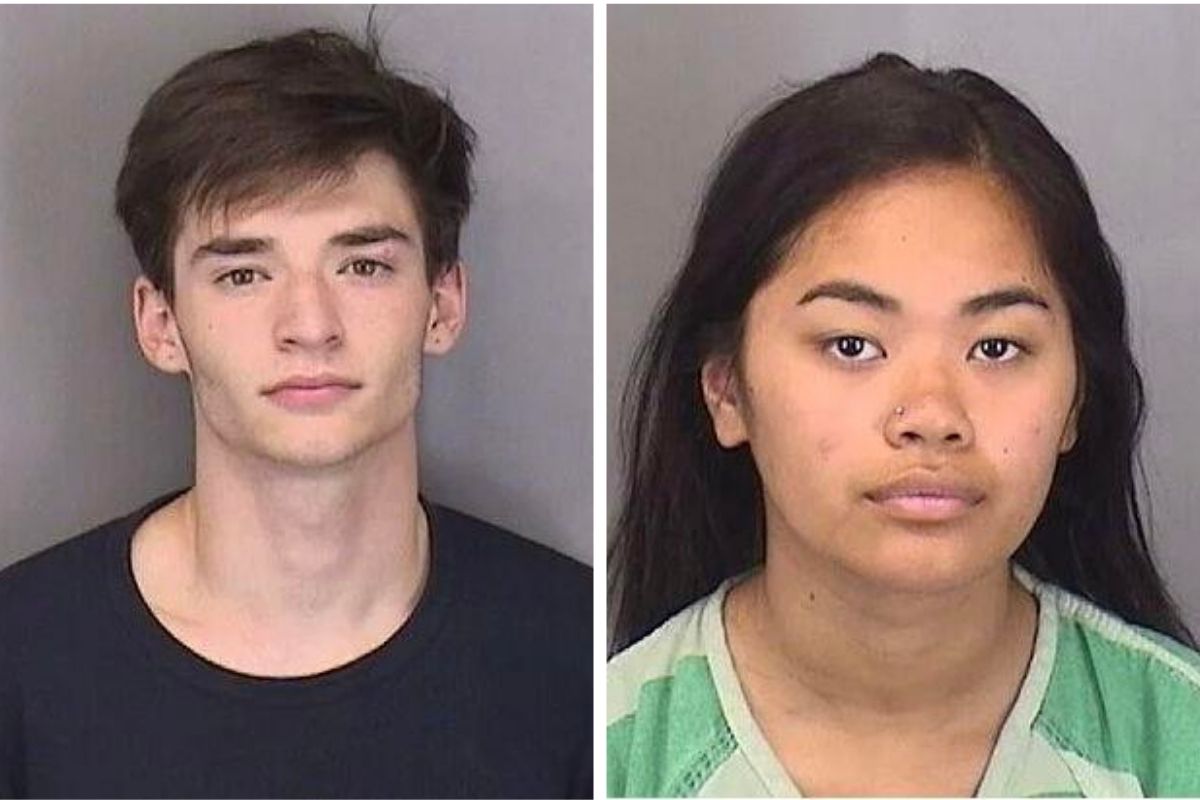