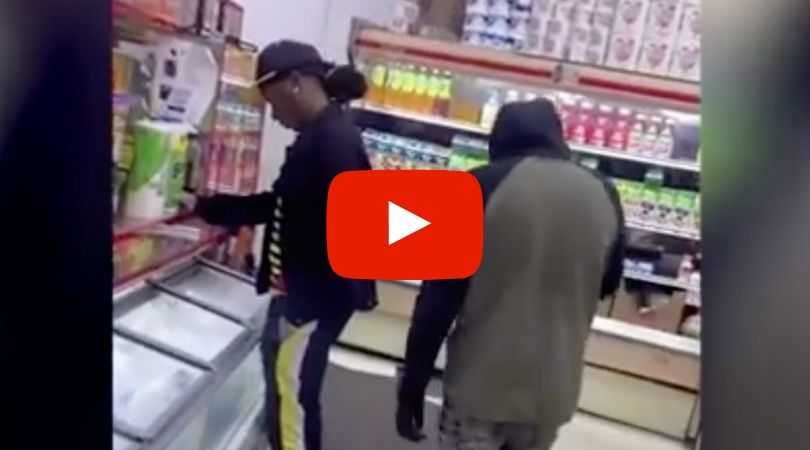 Talk about being irresponsible! Police in Virginia are now warning people of a highly “disturbing trend” after a group of teenagers were caught on camera coughing on produce at a grocery store, and then nonchalantly posting it on social media.

Why is this a big deal? Well, one, because it’s gross, and two, all of this nonsense comes amid the growing Coronavirus pandemic. Which, yes, continues to spread all across the United States and the world. So of course, this is more than serious. According to a Facebook post, the Purcellville Police Department stated, ?We have learned that this appears to be a disturbing trend on social media across the country, and we ask for help from parents to discourage this behavior immediately.”

The Town of Purcellville is currently under a curfew by Virginia Police due to the Coronavirus. Police announced there should be no minor under the age of 18 years on any street, park or public place in the town between the hours of 11:30 p.m. and daylight of the following day unless they are by a parent or guardian.

Authorities are also asking parents to help them in monitoring their teenager’s activities as well as their social media posts to avoid any other incidents such as these. Because well, this is dumb. These teenagers don’t realize that we are dealing with an actual issue that can cause so damage, especially the elderly. If I knew my kid was doing that, I would put them on house arrest until further notice.

Still, the specific incident was not exactly detailed by police, but authorities are urging these parents to talk with their children and let them know why such behavior is wrong. The grocery store was not named by authorities, but they did remove all tainted fruits and vegetables.

As far as the group of teens, they have not been arrested or named due to their age. As of March 23, 2020, there have been more than 34,000 people who have contracted the virus in the United States. At least 485 people have died across the county. According to John Hopkins University’s real-time map, the number of confirmed Covid-19 cases is nearly 350,000 with at least 15,000 deaths. Health experts have urged everyone to stay at home and practice self-isolation to avoid the spread of Coronavirus.

Watch: Bad News? You Have Coronavirus. Good News? You Get a Butler! How to Treat Yourself for COVID-19 at Home