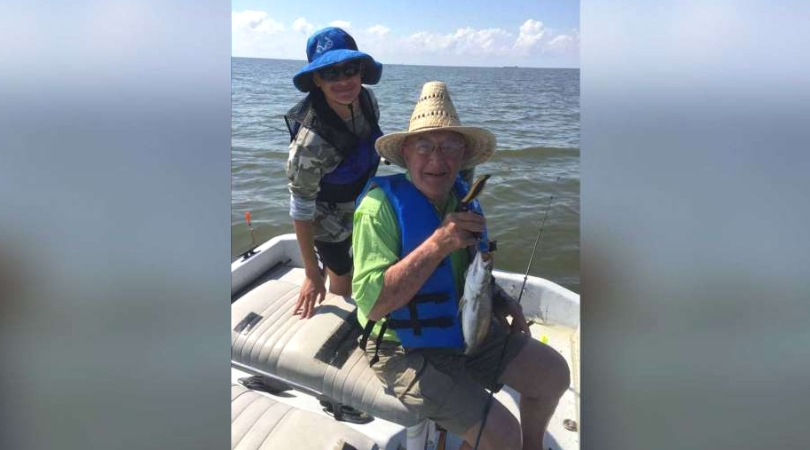 Bad news Texans, it looks like flesh-eating bacteria is heading your way. A family of an elderly San Marcos man wants to warn others of the dangers of swimming in Texas waters after he died last month following a fishing trip on the Texas Gulf Coast. 78-year-old Jerry Sebak died on June 25 after contracting vibrio vulnificus. He was on a family vacation in Palacios, when his daughter, Kim Sebek, noticed he started to become disoriented and shaky.

The family immediately took him to a nearby hospital to be treated for what they initially thought could have been heat exhaustion. After 27 hours of being in the emergency room, his family took him to a Victoria hospital where he was immediately diagnosed with vibrio and underwent surgery. The Texas man unfortunately died.

My heart goes out to the family. This is always a scary concern going down to the coast. 😢 https://t.co/Z87eglOhMk

The man’s death comes after a study was released by Environment Texas, where they found that 85 percent of texas beaches had water pollution levels in 2018 that could put swimmers at risk of becoming sick. Research stated that 4 out of 5 Texas beaches had unsafe levels of fecal bacteria in the water.

Human contact with the contaminated water can result in gastrointestinal illness as well as ear and eye infection, respiratory disease, and skin rash. The worst levels were found at Cole Park, Site 3, in Corpus Christi, Texas. Out of 64 days, samples were taken, 52 of those days were marked “unsafe.” In Houston near Chamber County, the average beach was potentially unsafe for swimming on 44 percent of the days that sampling took place, which is a higher percentage than any other country in the state.

Remember to always contact your doctor right away if you have any abnormal symptoms after an injury or surgery. Even though minor illness can cause small symptoms, you should not delay getting medical care. Symptoms of necrotizing fasciitis can include:

As for vibriosis, the Centers for Disease Control and Prevention estimated 80,000 illnesses and 100 deaths in the United States every year. Vibrio bacteria is “naturally” living bacteria that is found in certain coastal waters. People with compromised immune systems or those with chronic liver diseases are most likely to get vibriosis. People with the flesh-eating disease become infected by consuming undercooked or raw shellfish or are exposing an open wound to seawater. Most infections occur from May through October when the water temperatures are warmer.

Most people with mild case of vibriosis recover in 3 days with no lasting effect. However, Vibrio vulnificus infection can get someone seriously ill and need intensive care or limb amputation.

Yikes, stay safe out there Texas.