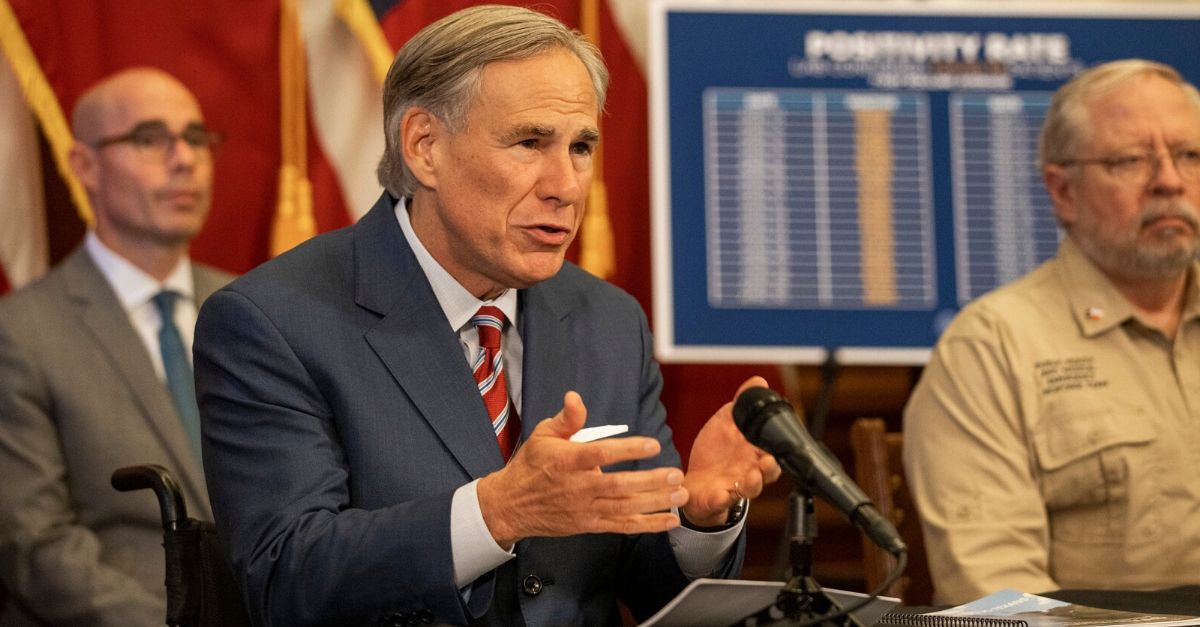 Texas Gov. Greg Abbott announced the state is seeing a surge in COVID-19 cases from people under the age of 30. The state hit new highs on Tuesday Morning in the number of new infections and in the number of hospitalizations since the outbreak began. As of June 16th, health officials stated there were 2,622 new cases of COVID-19, surpassing the previous record that was set on June 10th. According to the Texas Department of Public Health, the state had 2,518 new coronavirus hospitalizations, which is a fifth straight day of record highs.

The number of people hospitalized has been increasing since May 25th, when 1,511 people were hospitalized. At a press conference, Abbott stated, “the majority of people who tested positive since the beginning of June have been people under the age of 30.” The governor believes the increase is the result of Memorial Day weekend gatherings or from “bar type settings.”

On June 3rd, Texas moved ahead with phase 3 of reopening which allowed bars to open at 50 percent capacity and restaurants at 75 percent capacity. The governor did repeat the warning from the Texas Alcoholic Beverage Commission that restaurants and bars would indeed lose their liquor license for 30 days if they did not adhere to the guidelines.

According to the Texas Tribune, data from many of Texas’s largest counties are showing coronavirus cases from younger people. The San Antonio Express-News reported more than half of Bexar County’s new cases are those younger than 40. According to Abbott, Texas has an “abundant supply” of hospital beds, over 54,000, and almost 15,000 are free. Texas is, “laser-focused” in keeping all beds available.

Greg Abbott: the state is OPEN! GO EAT! Go to GYMS! When you are out, do NOT WEAR A MASK! Do NOT cover your COUGH!!! Go scream and shout at CHURCH!!!

Greg Abbott: WHO DID THIS? pic.twitter.com/Hvymgkrsov

Abbot stated he felt businesses are adapting to the safe strategies to reopen, but did remind Texans the best way to avoid contracting the virus is to stay home. Mayors from Texas’s largest cities, including San Antonio, Houston, Austin, Dallas, Fort Worth, El Paso, have all signed the letter urging Abbott you require everyone to wear face masks or face coverings to take precautions and avoid a massive influx of new coronavirus cases overwhelming the hospitals. The cities have recorded the highest number of coronavirus cases in the state.

Watch: Delta and American Airlines Ban Alcohol on Planes in Response to COVID-19