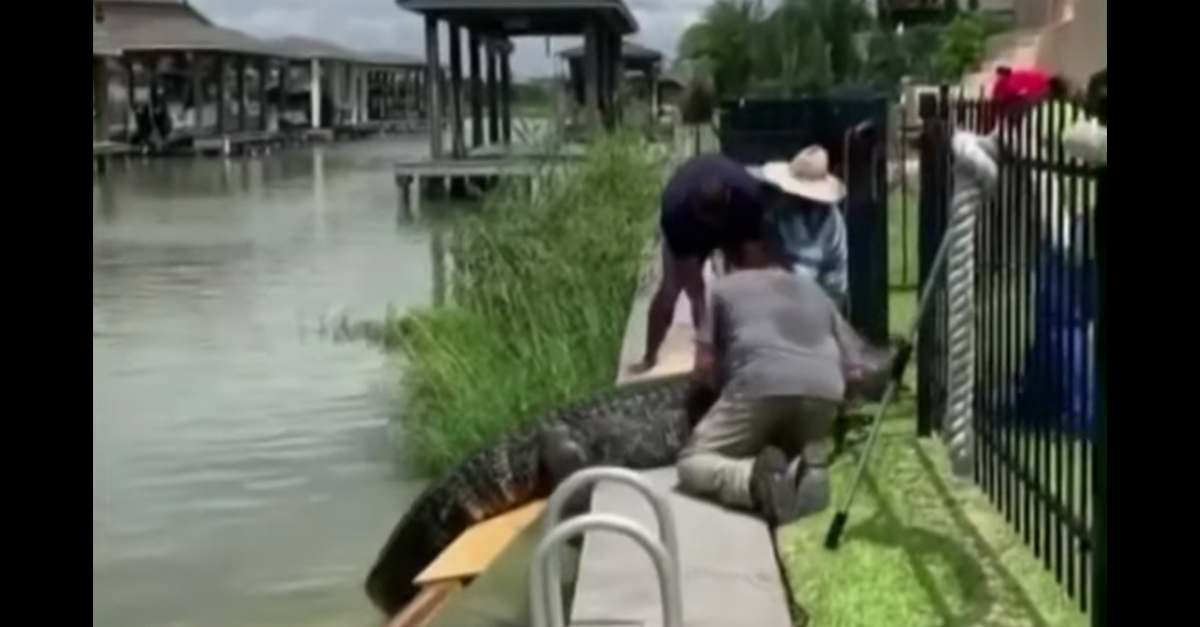 Andrew Grande, the hero of the hour, told local news that there was no doubt in his mind the gator was headed straight for his young daughter, who was out playing with her brother and babysitter along part of a creek that backs up to her family?s property.

Seeing that the gator was making a beeline for his kids and their babysitter, Grande sprinted down to the creek, grabbed his daughter, and threw her over a fence. He then got his son and the babysitter to safety as well.

1. All hail Dad Strength! Or, in this case, Dad Speed. Really any time a dad does something he, a not in the best shape middle-aged man couldn’t normally do, such as run fast, it’s basically a superpower. That gator didn’t stand a chance once those all-white New Balances started churning towards it.

2. That said, he only needed his dad powers in the first place because the family was letting their kids play by a body of water in a part of the country that gators are native to, which seems… extremely inadvisable? I can’t sit in too much judgment, of course, because I don’t have kids and don’t live around gators. That said, I would be a freakin’ psycho about my kids around anything bigger than a puddle of lived in gator country.