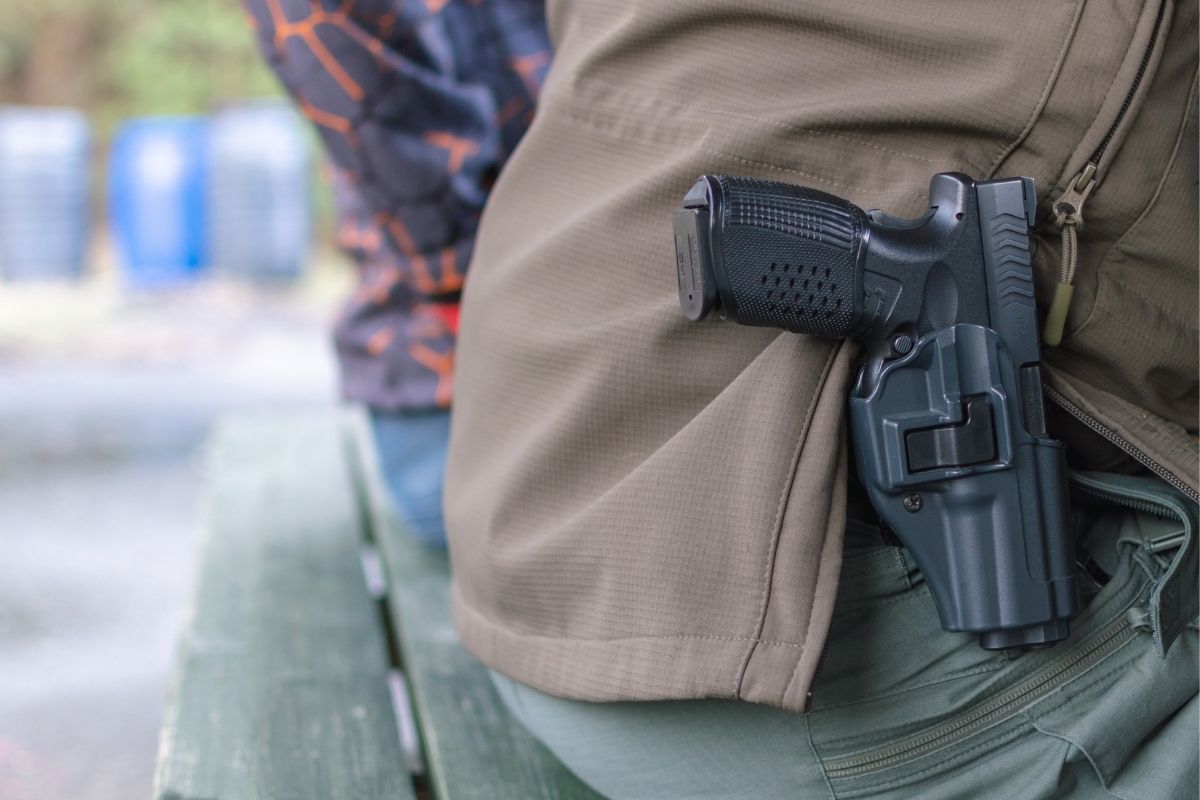 It looks like Texans will soon be able to openly carry a handgun without a license after the state legislature passed a bill that repeals a requirement for carrying a handgun. Although some Republicans were hesitant towards the bill at first, it ultimately passed the Texas Senate on Wednesday in an 18-13 vote. Texas Gov. Greg Abbott stated that he supports the bill and will indeed sign it into law once it has reached his desk. House Bill 1927 removes any licensing requirements for Texans to carry firearms if they are 21 or older, ?and not otherwise prohibited by state or federal law from possessing the firearm.?

Current law requires someone’s fingerprints, the passing of a written exam, a shooting proficiency test, and four hours of training in order to carry a handgun. The state doesn’t require any license to carry a rifle. Republican State Senator Charles Schwertner said the bill is a ?restoration of the belief in a trust of our citizens.? He continued, ?We cannot allow another session to come and go where we pay lip service for the second amendment by failing to fully restore and protect the rights of a citizen granted by the Constitution.?

Polling in Texas suggests a majority of Texans do not support a license to carry with around 59% of those polled in a University of Texas/ Texas Tribune poll stating that they were opposed to the policy. The poll also found out that the vast majority of Democrats (85%) were opposed, with a small majority of Republicans (56%) supporting the measure. Democratic Senator Beverly Powell echoed the safety concerns from law enforcement groups and the license to carry instructions that heavily oppose the bill. She stated, ?if I sit down at a restaurant with a gentleman or woman who has a holster on her side and a gun in it, I want to know that person is well trained in the use of that gun.?

In Texas, there have been several mass shootings in the previous years including two shootings in August 2019 in which left a total of 30 people dead. A second shooting took place at a high school in May 2018 which left 10 people dead and the third at a church in November 2017 which left 27 people dead. Although there have been at least 45 mass shootings around the country this year, recently in Atlanta and Denver, Texas isn’t alone in looking to loosen its gun restriction. Several other states are looking to allow permitless carry, including Florida and South Carolina.

After seven hours of debate, the Texas House has passed a constitutional carry bill by a vote of 84-56. Eight Democrats voted in favor of the permitless carry bill. Members of the Texas House of Representatives passed House Bill 1927 (HB 1927) to allow Texans to carry handguns without a license to carry. The bill will need one additional vote before it officially sends to the Senate for consideration. It signed into law by State Rep. Matt Schaefer (R-Tyler), and it will allow Texans 21 years and older to carry a handgun, openly concealed or in a holster, without a permit.

The current state law requires Texan gun owners to have a handgun license to carry, take a training class, pass a written exam, a shooting test and submit fingerprints. Supporters of the bill stated that getting a license to carry requires money and time, so the bill removes those barriers. On the house floor, Schaefer stated, “This bill should be called ‘common sense carry’ because this bill is about common, law-abiding citizens being able to carry commonly owned handguns in common public places for the common reason of personal and family protection.?

Several opponent lawmakers said that getting rid of their required training on gun safety and handling is very dangerous for others. Another point is that the bill requires business owners to verbally tell their customers guns aren’t allowed in their business, rather than just posting a notice, which is a move that opponents believe will create several complex problems. While offering an amendment that would have killed the bill, El Paso representative Joe Moody, Democrat, recounted the mass shooting in 2019 at a Walmart in his district that left 23 people dead and stated the bill makes communities list safe.

He noted, “Members, I’m so tired of doing nothing. I’m so tired of catering to a very small number of very loud people who’s thinking about guns is wrapped up in unfounded fears and bizarre conspiracy theories,” said Moody. “I’m so tired of the gun being worshipped like some golden calf and hearing all about rights, but nothing about responsibilities.”

Members of the Texas House of Representatives on Thursday initially passed House Bill 1927 (HB 1927) to allow Texans to carry handguns without a license to carry. The bill will need one additional vote before being sent to the Senate for consideration. https://t.co/jcJLrivmhx

Under HB 1927 Handguns are still prohibited inside certain places including the following:

The vote comes after a diverse group of law enforcement officers all around Texas gathered at the Texas Capitol located in Austin in opposition to HB 1927 and a similar bill, HB 1991. Dallas police chief Eddie Garcia has stated that ?the bill does not make officers more safe. It makes us less safe.?