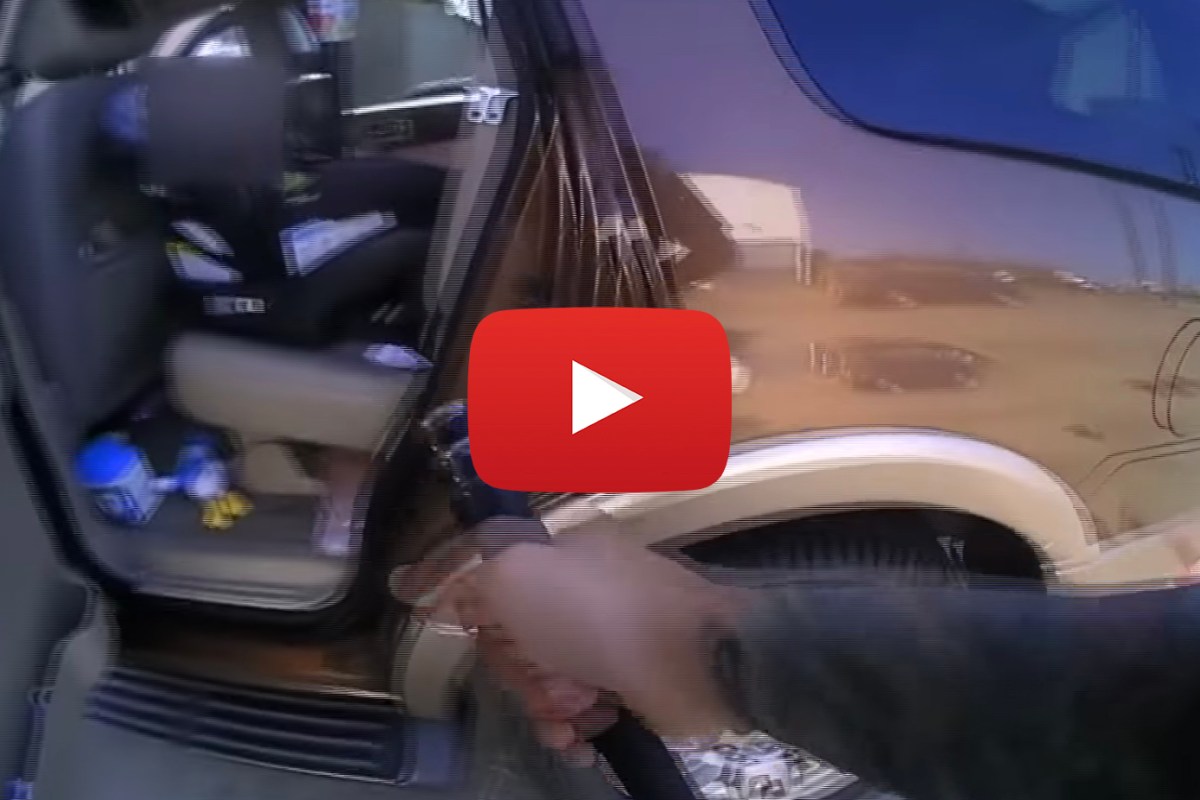 The heat across Texas has been brutal recently so the idea that any Texan would feel okay leaving a child in a hot car for any amount of time is fairly stunning.

That is, unfortunately, exactly what happened to a one-year-old child in Duncanville, Texas who, but for the grace of God, was rescued by a police officer before the unthinkable happened. Body camera footage showing the rescue was released by the local police department.

In the video, the officer is seen smashing the passenger side window open in order to unlock the car. The officer then moves around to the driver’s side of the car and opens the passenger door behind the driver’s door. There, the baby is strapped into its car seat, crying out for its missing parent or guardian. The officer sweetly consoles the child and calls for someone to attempt to locate the baby’s guardian.

According to authorities, the baby was covered in vomit and sweat when the officer rescued it. They have no idea how long the child had been left alone in the car. As soon as the baby was rescued officers took the child to an air-conditioned patrol car and kept there until medics arrived.

While this child was spared from a much worse fate 53 children suffered hot-car deaths in 2018 and 52 died in hot cars in 2019. Experts say that it takes a mere ten minutes for a car to reach almost 120 degrees Fahrenheit in 100-degree weather. After thirty minutes the car can get as hot as 130 degrees.

While there are a variety of ways to keep your child safe from dying in a hot car the best possible way would probably be to just not leave your tiny helpless baby in a your oven of a car in the middle of the summer.

Your dogs too, for that matter.