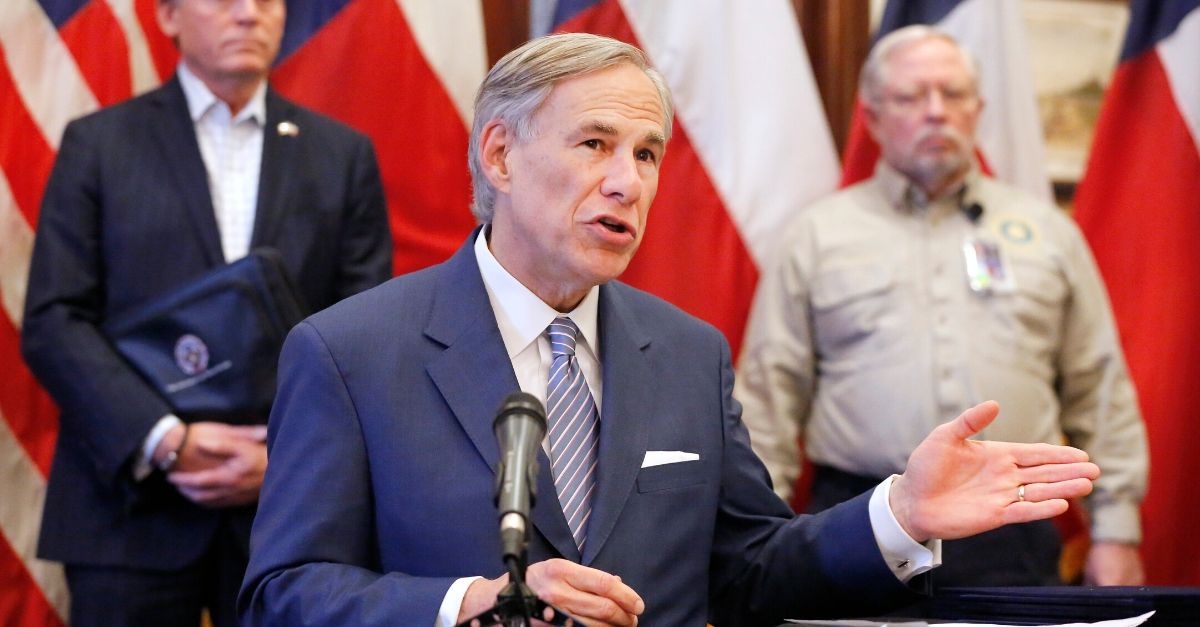 Governor Greg Abbott has announced Texas restaurants, retail stores, malls, and movie theaters will be allowed to re-open on May 1, 2020. According to Abbott, he will let the state’s stay-at-home order expire at the end of the month. Restrictions will be applied, and locations will only be allowed to operate at 25 percent capacity. Libraries and museums will also be allowed to open at a 25 capacity, but hands-on exhibits must remain closed.

The governor’s executive order supersedes local orders which stated those businesses must remain closed. The new guidelines are the biggest to date thus far in order to restart the Texas economy amid the Coronavirus pandemic. Abbott also stated non-contact sport and activities, such as golf courses, will also be allowed to resume operating at a reduced capacity. Saying that, he noted the reopenings are optional, and Texas businesses are allowed to stay closed if they wish.

Through a live news conference, the governor called the openings “Phase 1”, stating, ?it?s time to set a new course.? Gov. Abbott is holding off on reopening certain businesses for now, including hair salons, barber shops, gyms, and bars, hoping those businesses can open no later than mid-may as part of “Phase 2.”

These openings should come to effect on May 18, 2020, as state officials need two weeks of data to absolutely ensure there was not a spike in cases. He noted, “Just as we united as one state to slow COVID-19, we must also come together to begin rebuilding the lives and the livelihoods of our fellow Texans.

Just last week, Abbott reopened state parks and allowed doctors to perform nonessential surgeries. Retailers were allowed to start selling items for curbside pickup on Friday. According to the Texas Department of State Health Services and the Texas Tribune, as of April 27, there are 25,297 confirmed coronavirus cases in 205 counties and 663 deaths in the state. The top four counties include Harris, Dallas, Tarrant, and Travis. According to DSHS, there have been more than 290,517 tests done in Texas.

Do you think Texas should reopen despite the number of active cases?