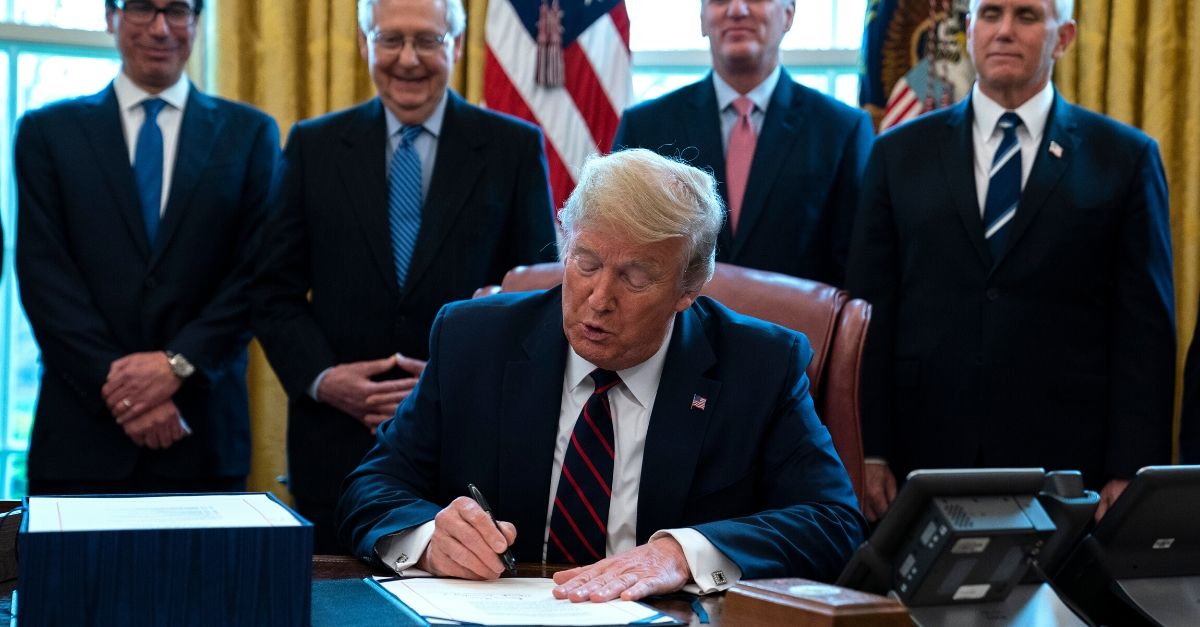 Editor?s Note: This article was originally published on March 30, 2020. It was updated on April 1, 2020, after the company apologized for its “ill-advised” plan.

A company based in Austin, Texas was exposed for attempting to get its employees to sign a form that stated that their paychecks would be cut based on how much each employee would receive from the $2 trillion-dollar COVID-19 stimulus bill. ImageNet Consulting, a 3-D printing technology company, revealed itself when KXAN received a letter from its public relations company in response to an anonymous worker who first informed the news company.

The president, Pat Russell, basically said they created this “ill-advised” plan in asking a small group of employees to reduce their paychecks by what they received from the stimulus because the company was trying to protect their “more vulnerable” employees…Interesting.

Russell claimed that they were trying to deal with the “massive business disruptions” caused by COVID-19, and that this plan was a way to make sure they could keep as many people employed as possible, capping salaries at $75,000. Although he apologized for how poorly this plan was brought to fruition, he still made an effort to add that ImageNet will still ?investigate all government programs which will help us whether this unprecedented and difficult situation.?

Who knows what stupid plan they could come up with now? The fact that they’re still claiming that they’re coming up with one is baffling, but one thing seems true: any company that comes out of anonymity to do some PR rehab is either trying to prevent over-exaggerated stories or quite literally covering their tails. To be honest, it’s hard not to feel like it’s the latter.

I’m assuming this company came out of its anonymous hole because of the heat they were getting, to the point where they deleted their twitter:

Hey! Remember that shithole company that wanted to reduce employee’s paychecks by the amount of the stimulus check? Turns out it was @BMI_Imagenet You know…just Incase you wanted that information. pic.twitter.com/NM68fCSJxZ

I've seen this crisis bring out the best in many of us. Unfortunately, we also see the worst:

ImageNet Consulting—based in OKC, with offices in #TX10—wants workers to PAY THEM their stimulus checks!

We've got to stay vigilant. The vultures are circling.https://t.co/NBmXfPikCE

As we watch other international governments provide for their citizens, Americans may have been grateful to see movement in ours. However, some businesses seem to be doing the most in making sure they can still squeeze out every channel for more money, even if it’s from their own employees amidst the coronavirus pandemic. And boy, does my heart hurt for the employees of this specific Texas company.

Based in Austin, Texas, this company (who will remain unnamed in order to not affect the company’s business), has sent out a form to their employees stating that they will deduct money from paychecks based on how much each employee will receive from the stimulus package. Basically, if you receive any form of stimulus checks from the government, this company will cut 100% of what you receive from your paycheck (half if receiving $500 for those who have children and dependents.)

Let's go Twitter. Do your thing and find this company. Please someone out them. https://t.co/D0lIp7KUx3

And just to tack on the unfortunate news, this company further explained in the form that these pay cuts will continue as many times as the United States sends government stimulus checks. They expect employees to sign the form, but it’s not clear what will happen if they choose not to. So I guess as long as President Trump signs more coronavirus stimulus deals, this company will not allow it to positively affect its employees.

Recently, the latest news report that President Donald Trump had signed a $2 trillion stimulus bill to help alleviate those whose jobs were gravely affected by COVID-19. The point was to utilize a government relief fund by sending some sort of stimulus checks to all Americans. I’m not too sure how much “economic relief” it will provide these employees if their company is also taking that away from them.

According to KXAN, the company had already laid off a quarter of its workforce and also makes hundreds of millions of dollars in profit a year. And now, they are defeating the purpose of a government relief fund by docking the stimulus money amount from their employees’ paychecks. It’s a very interesting coronavirus response by this Texas business. I mean, we as Americans don’t want bankruptcy to become a pandemic too, do we?