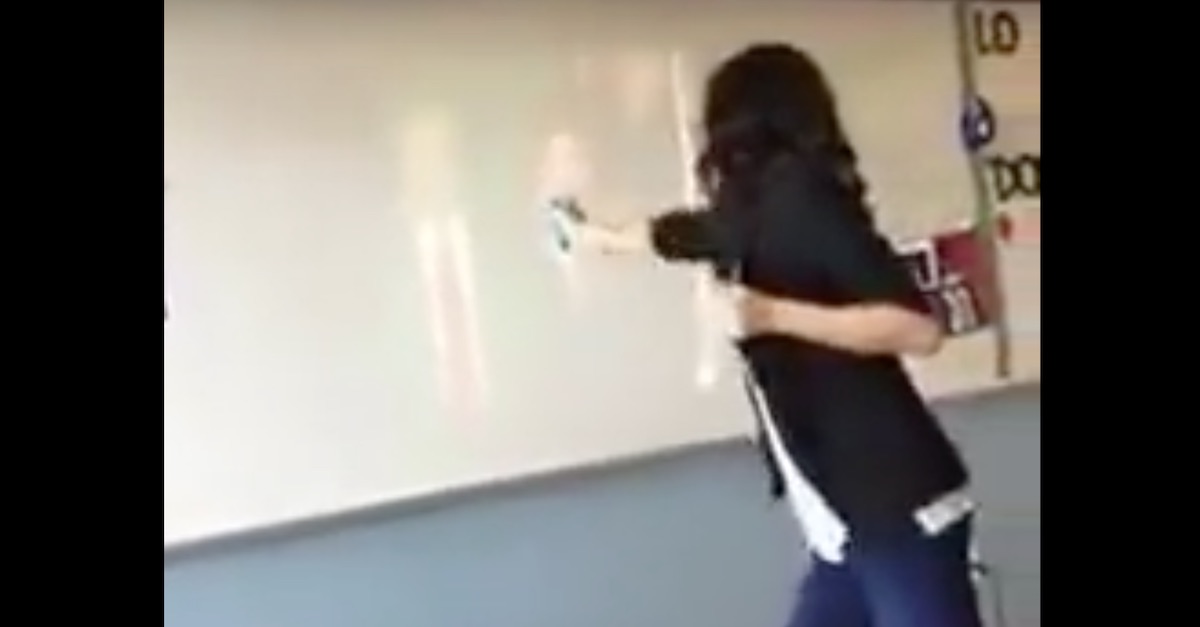 A Texas teacher is in trouble after video recorded during class showed her point a water gun at a projection of President Donald Trump. She yelled “Die!” as she pulled the trigger.

Modi had been employed at Adamson High School.

The short video was filmed in a classroom, and you can hear people laughing in the background, but it’s not clear if those were students laughing.

Today, we were made aware of a social media posting being circulated involving a teacher at W. H. Adamson High School. The teacher has been placed on administrative leave and the district has opened an investigation. This is a personnel matter and, as such, we cannot comment.