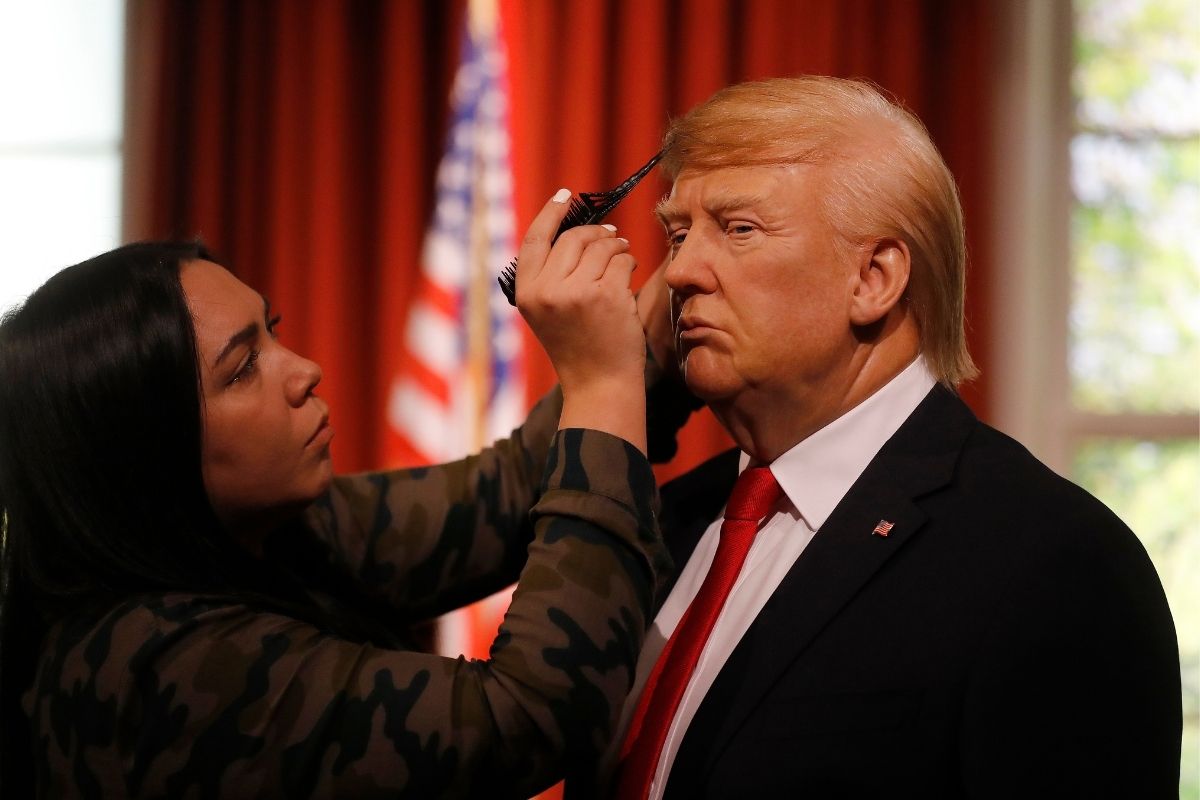 LOL. I love Texas, everything about it. Especially this. Turns out Louis Tussaud?s Waxworks on Alamo Plaza, located in San Antonio, decided to put away a wax figure of former President Donald Trump after visitors took out… let’s say four years worth of frustrations on it.

Louis Tussaud?s Waxworks is one of three Ripley’s Believe It or Not attractions in the city, which usually serves as a popular tourist attraction. Fun fact, if you have heard of Madame Tussauds wax museum in London, well Louis is actually her great-grandson. Yup, I had no idea about this, but this is genius. Keep the business in the family, I’m all for it.

So, although it is a very popular museum due to all its celebrity and well-known wax figures, one figure has not been shown a lot of love in the past four years. A figure of former President Donald Trump was being displayed at the museum, but unfortunately is now in hiding. Apparently, the dummy of President Trump has suffered damage from both punches and scratches to its face.

According to regional manager for the museum owner Ripley Entertainment, Clay Stewart, ?When it?s a highly political figure, attacks can be a problem.? He also noted that with limited space they decide which figures they want to display based on how the popularity of the politician, star athlete, or celebrity has stood up over time. Apparently, Trump is now in good company sharing storage space with George Washington, W.C Fields, and 30 other wax figures. This after visitor’s attack on the Trump wax figure increased during the 2020 presidential campaign. The company did try to move Trump to the lobby, where ticket attendants could keep an eye out for attackers and stop them, but people still kept taking their shots at the figure.

This isn’t the first time the company has had trouble with presidential wax figures. Stewart stated, ?We?ve always had trouble with the presidential section because no matter what president it was ? Bush, Obama or Trump ? they?ve all had people beat them. The ears were torn off Obama six times. And then Bush?s nose was punched in. People are just aggressive about their political party.?

As far as if they will go ahead and patch it up and return it to the display area, well that still remains unknown. But Steward did tell Express-News that it is unlikely that they will bring it back from hiding until the attraction receives a President Joe Biden figure, which is now being sculpted down in Florida.

Now, putting all politics aside, you know that President Joe Biden might be getting a few scratches himself too. People are ruthless, and they don’t respect the rules that are supposed to follow. It’s a shame really, but hey that’s Texas for you right? Still, it’s really a shame since a lot of people work really hard to create these wonderful wax figures. It takes time and energy, and now it’s going to go to waste because people can’t respect the rules and keep their hands to themselves.

Watch: Man Puts Electric Fence Around Trump Sign to ?Protect It From Thieves?