The superintendent of the apartment building that housed the teen who blared the song “Fuck Tha Police” during the funeral of Officer Miosotis Familia, who was shot in the back of the head by 34-year-old Alexander Bonds on July 5 as she filled out her memo book, has been kicked out.

RELATED: A teenager blasted a cop-hating song out his apartment window as New York City police gathered below to mourn one of their own

The teen, who has been identified as Julien Rodriguez, 16, had described playing the anti-police rap song on repeat during the funeral as “satisfying,” saying that “Since they did not show respect for my brother and my friend, why should I show respect to them?”

It’s telling that he used the word “they,” effectively saying Familia was guilty by association, even if she had no part in what he was referring to with his brother and friend.

When Rodriguez was faced with the decision of having to apologize or get kicked out, he was straightforward about it. He said that he only did it because “it was between the house and apologizing.”

So he elected to keep his house.

The insincere apology has resulted in Rodriguez and his sister getting kicked out of the building.

Superintendent Danny Morales explained that he called a tenant identified as “Jesus” at the apartment as soon as he heard about the “Fuck Tha Police” incident.

“I called him and told him he needs to take care of this right away,” he told the New York Post. “I told him it’s disrespectful, and they can’t be doing this. The police lost a family member. We all need to come together and respect that.”

Notably, Morales’ nephew is a cop.

“I wouldn’t want to see [Rodriguez] lying in a box [either]. We need to respect the police,” Morales added.

Jesus said that it’s over and done with.

“They’re gone. The case is closed. They’re no longer in my house. I don’t know where they went,” he said, before calling Julien Rodriguez and his older sister Suleika Rodriguez “lowlifes.”

RELATED: The nation mourns the loss of an NYPD officer who was a mother of three

She told The Post that people are telling her brother that “[he’s] wrong” on social media and that she “[doesn’t] give a f–k” about losing the apartment because she’s already got a new place to stay.

Officer Familia was a mother of three and was with the police force for 12 years. 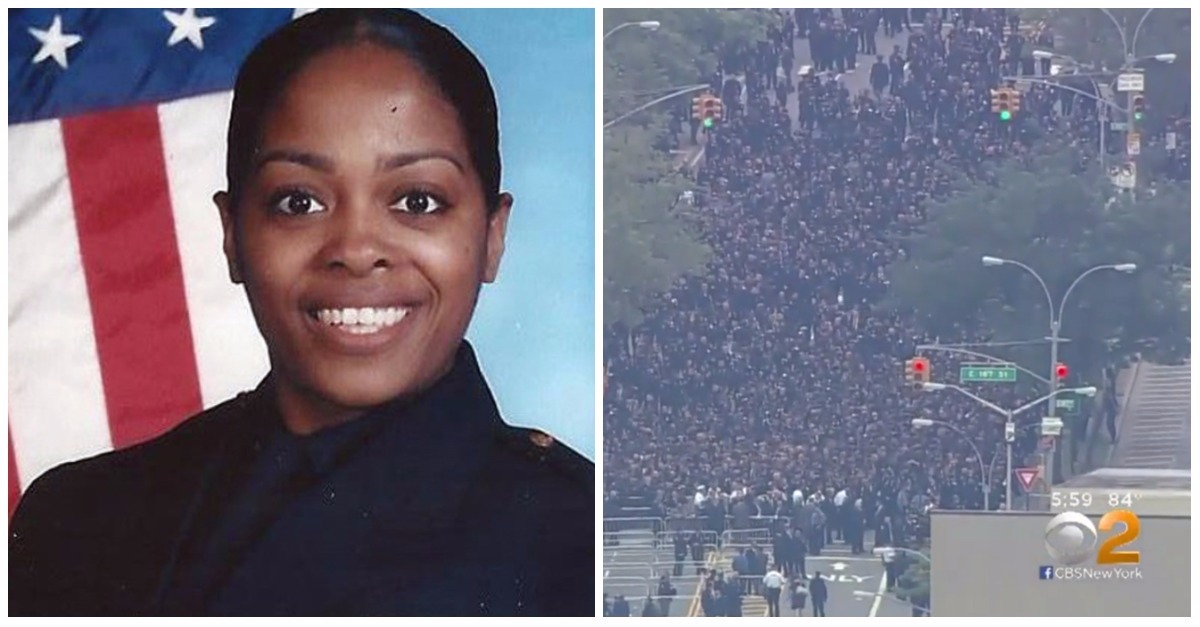