The Bush sisters pen another letter to the Obama girls, say they’re “rooting” for them in life after the White House 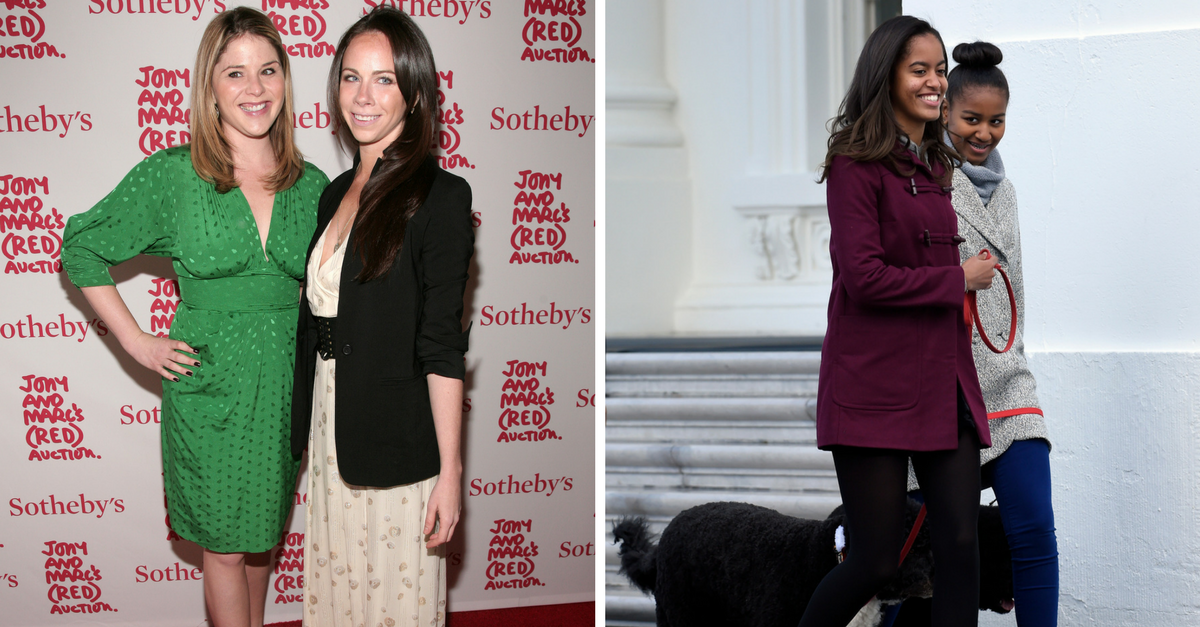 Just as they did when President Obama took office eight years ago, former President George W. Bush’s daughters Jenna and Barbara have penned another letter of advice to the Obama girls Malia and Sasha.

RELATED: Sasha and Malia through the years: growing up in the White House

“Malia and Sasha, eight years ago on a cold November day, we greeted you on the steps of the White House,” the Bush twins began their letter. “The four of us wandered the majestic halls of the house you had no choice but to move in to. When you slid down the banister of the solarium, just as we had done as 8-year-olds and again as 20-year-olds chasing our youth, your joy and laughter were contagious. In eight years, you have done so much. Seen so much.”

They then gave the Obama daughters a round of advice for life after the White House, another adventure that the sisters will go through together and that only they can possibly understand.

“Now you are about to join another rarified club, one of former First Children?a position you didn?t seek and one with no guidelines. But you have so much to look forward to,” they wrote. “You will be writing the story of your lives, beyond the shadow of your famous parents, yet you will always carry with you the experiences of the past eight years.”

Among Barbara Bush and Jenna Bush Hager’s advice is:

The four women have endured a life experience that very few children have or ever will. Though their parents belong to different political parties and operated on different ideologies, Barbara Bush and Jenna Bush Hager empathized with Malia and Sasha Obama on how difficult it can be watching your parents in the political spotlight and wished them all the best in the future.

“You have lived through the unbelievable pressure of the White House. You have listened to harsh criticism of your parents by people who had never even met them. You stood by as your precious parents were reduced to headlines. Your parents, who put you first and who not only showed you but gave you the world,” they finished. “As always, they will be rooting for you as you begin your next chapter. And so will we.”

RELATED: Where?s Sasha? People had some wild ? and wildly incorrect ? ideas about her farewell speech absence