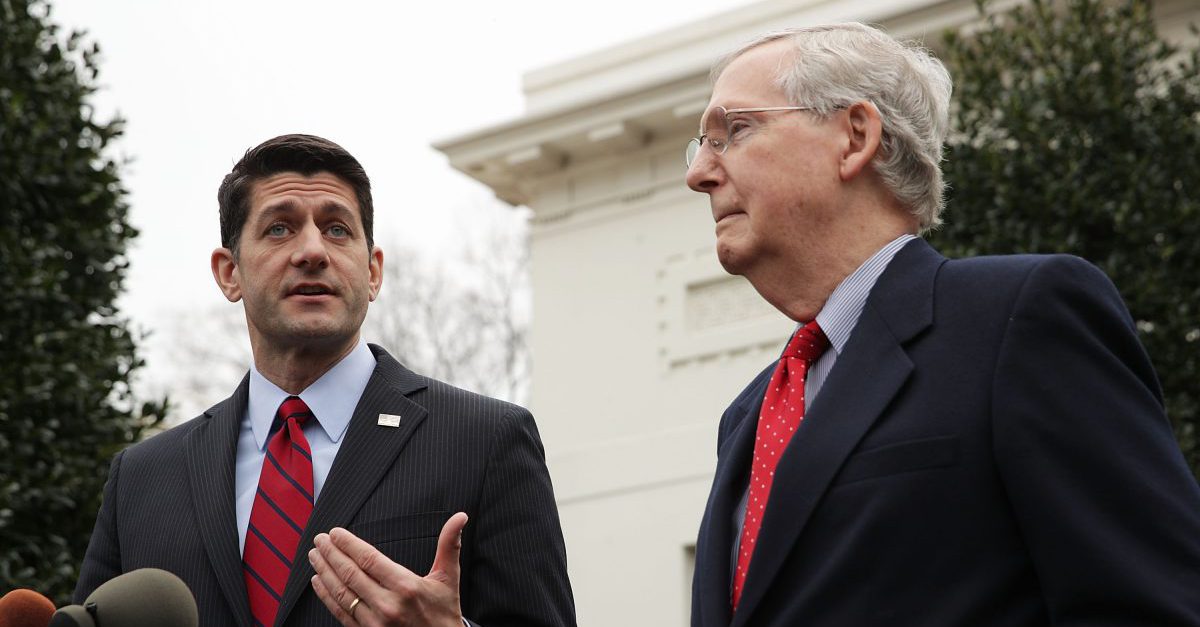 This afternoon, the Congressional Budget Office released their score of the Senate’s Affordable Care Act replacement bill: HR 1628, the Better Care Reconciliation Act of 2017. As expected, the bill has similar projected effects to its sibling bill in the House, the American Health Care Act.

To pay for tax cuts and cut the deficit by an estimated $321 billion during 2016-2017 alone, the bill reduces or eliminates subsidies set up by the Affordable Care Act to help Americans buy health insurance on the individual and nongroup market. It also obliterates future Medicaid spending and enrollment and cutting projected enrollment by 15 million.

It’s not clear whether President Donald Trump will sign a bill containing these Medicaid cuts, having called the American Health Care Act “mean” and repeatedly promising not to cut Medicaid on the campaign trail.

I was the first & only potential GOP candidate to state there will be no cuts to Social Security, Medicare & Medicaid. Huckabee copied me.

The Republicans who want to cut SS & Medicaid are wrong. A robust economy will Make America Great Again! https://t.co/u25yI5T7E8

I am going to save Medicare and Medicaid, Carson wants to abolish, and failing candidate Gov. John Kasich doesn't have a clue – weak!

The Congressional Budget Office also estimates that deductibles would remain at levels currently seen under the Affordable Care Act, even though health insurance plans are required to cover much less. “Most people” who purchase individual market plans would “have higher out-of-pocket spending on health care than under current law,” as well.

“Some enrollees could see large increases in out-of-pocket spending because annual or lifetime limits would be allowed,” the CBO says.

They also estimate that, even with tax credits, the cost of a health insurance plan will be out of reach for low-income Americans.

The Senate may vote on this bill as early as this week.