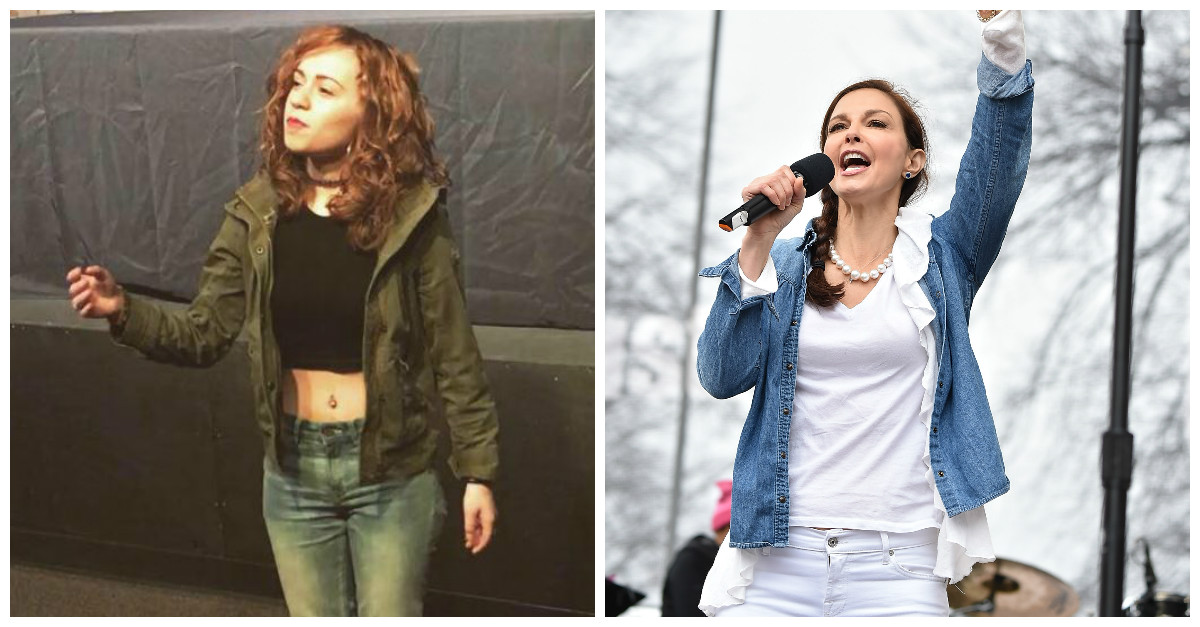 When Nina Mariah Donovan, 19, wrote her poem “#NastyWoman,” she knew some people would find it to be offensive.

On Jan. 21, Ashley Judd repeated Donovan’s poem, which implies that President Trump has sexual thoughts about his daughter, Ivanka Trump.

The poem, which was recited at the Women’s March on Washington, D.C., included a line that read, “‘Not as nasty as your own daughter being your favorite sex symbol. Like wet dreams infused with your own genes.”

The line, of course, sparked outrage, and some accused Judd of “verbal rape” after she recited it.

RELATED: Kellyanne Conway weighs in on the Women?s March: ?I frankly didn?t see the point?

“I knew it was going to offend people. Everyone has their opinions but if I keep censoring myself then it?s not art. It?s no longer me,” Donovan told Daily Mail. “The only part [of the reaction] that bothers me is that they?re thinking I?m attacking Ivanka. I?m cool with Ivanka, we even have the same birthday. I don?t have anything against her, but I do have something against a father sexualizing his daughter.”

Despite her ill-feelings toward the President, Donovan did applaud the first lady and Ivanka for standing by his side.

“‘I’ll give them that, that they stood by him. Family is the strongest thing in the world,” she said adding that she does feel bad that the family members have been dragged into the spotlight because of his actions. “‘[Ivanka] has never come out and said anything that I found offensive, just like her stepmother. I think it’s awful that they’re putting her on blast. All she’s done is wanted to be a model and do her own thing.”