Shocking reports emerged from France on Sunday that four Boston College students studying abroad were attacked at about 11 a.m. by a 41-year-old “disturbed” woman, who threw hydrochloric acid at the students without warning at a train station in Marseilles.

There are two bits of good news: the incident initially feared to be a terrorist attack is now considered to be the result of mental illness; and all four students seem to have escaped serious injury, according to NBC 10 Philadelphia.

The students are all juniors at Boston College in their 20s. They have been identified as Courtney Siverling, Charlotte Kaufman, Michelle Krug and Kelsey Kosten.

“It appears that the students are fine, considering the circumstances, though they may require additional treatment for burns,” said Nick Gozik, who directs Boston College’s Office of International Programs. “We have been in contact with the students and their parents and remain in touch with French officials and the U.S. Embassy regarding the incident.”

The Daily Mail, quoting an unnamed source close to the case, said the attacker “displayed clear signs of suffering from deep psychological problems.”

Courtney Siverling, as NBC 10 reported, provided an update on Facebook confirming that they are all “safe” and seemed certain that mental health problem was behind the attack.

“Thank you so much to everyone who has reached out to see if I’m ok and/or has been praying for us. I did not receive any injuries from the attack in Marseille this morning and we are all safe. The French police and the U.S. Consulate have been wonderful and we are so thankful for that,” Siverling wrote on Facebook.

Two of the students were said to be “slightly injured” with acid but did not require emergency medical treatment from medics at the scene. 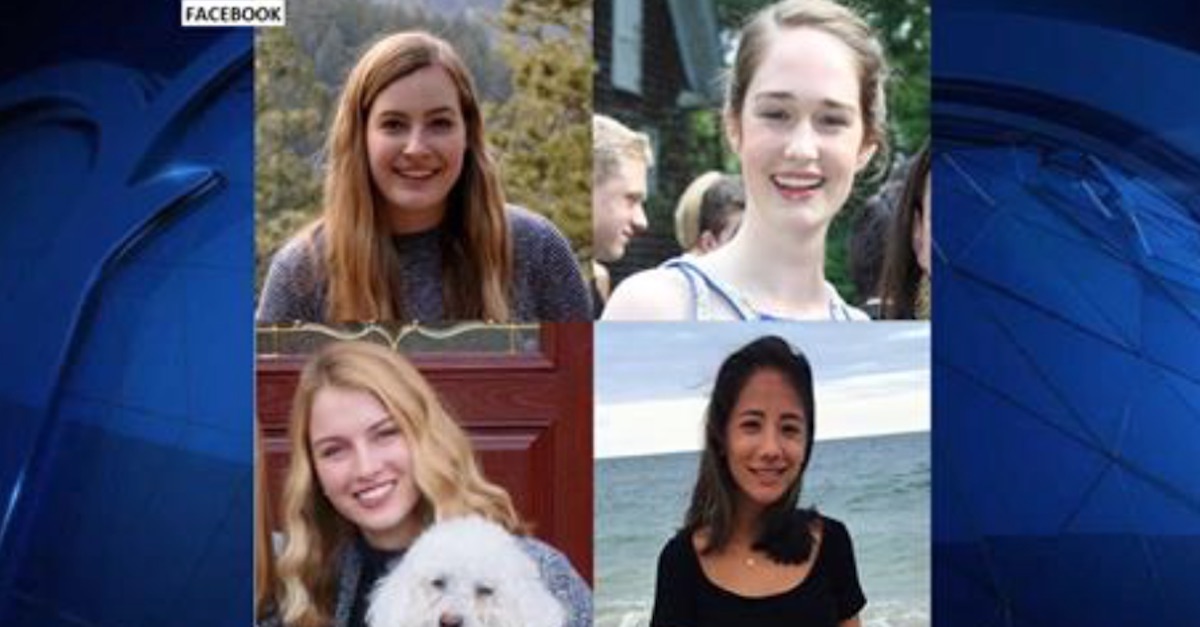