“He was my soulmate:” Wounded veteran shares the story of his special bond with his St. Bernard service dog 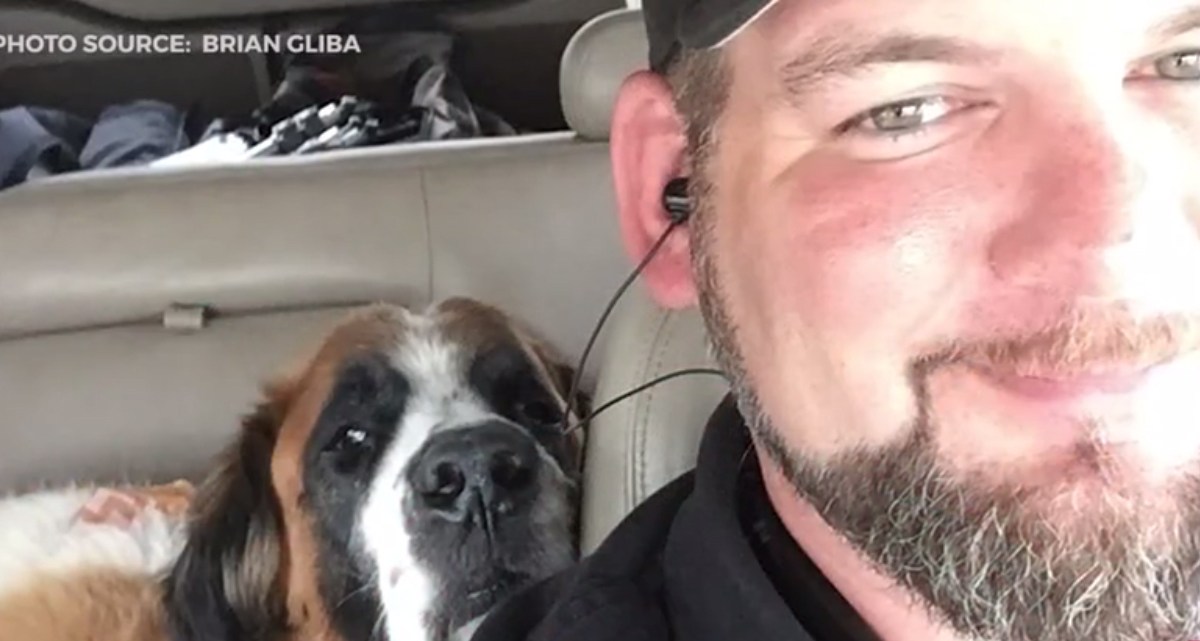 Golden Retrievers and Labrador Retrievers are among the most popular types of service dogs.

But former U.S. Army Capt. Brian Gliba believes another breed should be atop that list. He uses his own story — one of a very special relationship between a veteran and his dog — as the perfect example.

During his second deployment to Iraq, Gliba was struck by an IED while trying to save a life.

“I ended up going back home, ended up going through several surgeries,” he said. “Right at my last surgery, I was in my bed, my ex-wife at the time had surprised me with a service dog. His name was Zeus, and he woke me up nuzzling my hand. It was love at first sight.”

RELATED: No one wanted her, but soon this once abandoned dog will change a veteran’s life

Zeus, a St. Bernard, once worked in avalanche rescue in Canada. He saved several lives, according to Gliba.

Zeus’s original handler passed away; in his will, the handler asked that Zeus be given to a wounded veteran. Gliba believes fate brought the dog to him.

“If you ever believe in the notion of soulmates, he was my soulmate for sure,” he said of Zeus. “We had that.”

Zeus was trained to alert Gliba on a medication he took. Gliba described Zeus as “dead on, 100 percent accurate” — more accurate, in fact, than anything else he’d tried, including injection implants that were supposed to administer the medication when he needed it. But Zeus “never failed,” and Gliba “never had an issue going forward.”

RELATED: This organization is proving that service dogs can be the best medicine for wounded warriors

And it wasn’t just Gliba. Zeus touched thousands of lives during travels across the country. At an event for wounded veterans, he even sensed that one of the attendees was about to have a seizure, even though he wasn’t trained in seizure rescue.

When Zeus passed away, “literally, literally, a piece of my heart died with him,” Gliba said. His current service dog, Zoe, is a St. Bernard, just like Zeus.

“St. Bernards were born and bred to save lives, and I have to say that we don’t use them for that, unfortunately,” he said. “One of my missions is to get the word out that we may not be using the right dogs for service dogs. And I truly believe that St. Bernards were meant to do more than just look at now. So, we should be using them.”