The infamous  O.J. Simpson, 70, was released prison after midnight in Nevada on Sunday after serving nine years of hard time for armed robbery.

Simpson was released at 12:08 a.m. PDT from Lovelock Correctional Center in northern Nevada, state prisons spokeswoman Brooke Keast told The Associated Press. She said she did not know the driver who met Simpson upon his release and didn’t know where Simpson was immediately headed in his first hours of freedom.

Photos from the corrections center showed Simpson signing out.

Video also showed Simpson leaving the department of corrections in the early morning, being told to “come on out” by a prison staffer and responding “OK.”

The authorities said that the overnight release was done to limit media attention.

“We needed to do this to ensure public safety and to avoid any possible incident,” Keast said over the phone.

Tom Scotto, a close Simpson friend who lives in Naples, Fla., said by text message that he was with Simpson following his release. Scotto didn’t respond to questions about where they were going or whether Simpson’s sister, Shirley Baker of Sacramento, Calif., or his daughter, Arnelle Simpson of Fresno, Calif., were with him.

Simpson has said he wanted to move back to Florida, where he lived before his armed robbery conviction in Las Vegas in a September 2007 confrontation with two sports memorabilia dealers.

RELATED: The NFL Hall of Fame’s surprising response to O.J. Simpson’s prison release has everyone talking

“I don’t have any information on where he’s going,” Keast said. 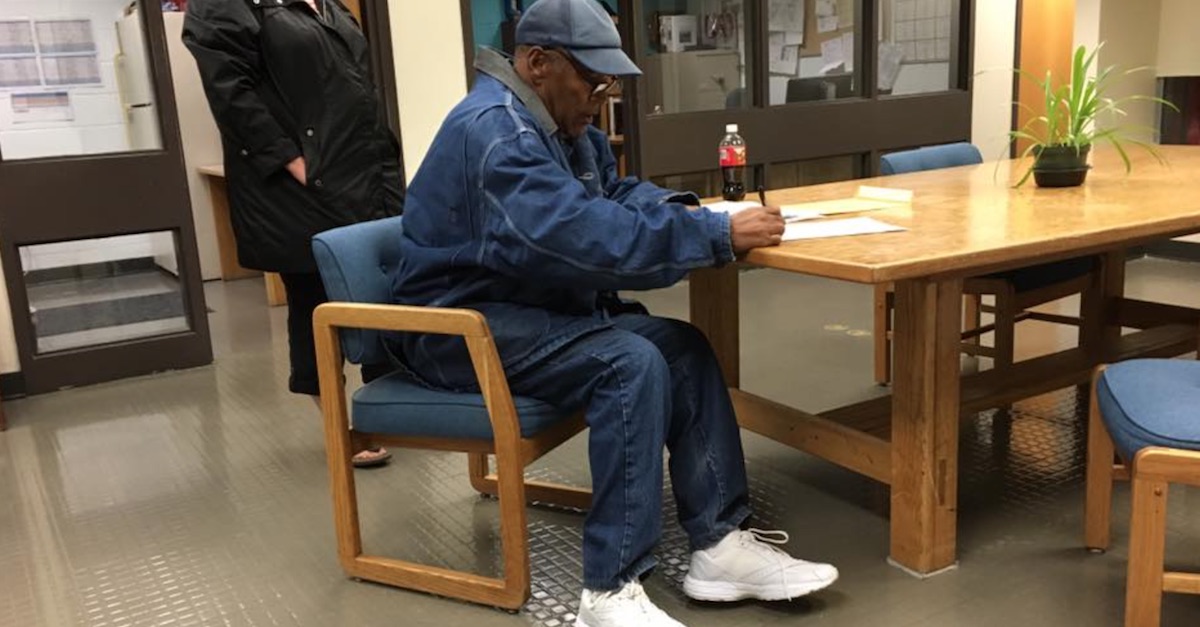