“The View” has long been seen as a left-leaning program, and the hosts all but formally endorsed Hillary Clinton during the presidential campaign season. But even for the hard-leaning left, some things are just off limits. On Friday afternoon, “Saturday Night Live” writer Katy Rich tweeted that “Barron will be this county’s first homeschool shooter.” That tweet was immediately met with a backlash and Rich cancelled her account then apologized. She has been suspended indefinitely from the show.

RELATED: Joe Biden talked to the ladies of “The View” about his friendship with Barack Obama

On Tuesday morning, the ladies from “The View” talked about the tweet, which they declined to show on air and they all decided that kids are off limits. Paula Faris declared, “There has to be something sacred, and I think it should be the children.” However, the hosts agreed that Ivanka, Donald Jr. and Eric Trump are all fair game (all of them have been lampooned on “SNL”) since “they’re adults” and “they’re on television talking policy.”

RELATED: The ladies of “The View” are completely split over Meryl Streep’s speech about Donald Trump

Barron first became internet fodder during his father’s acceptance speech, when he appeared to be falling asleep, and at the inauguration ceremony he seemed equally as bored with the proceedings. And while sometimes he does something a bit funny, there’s no excuse for lowbrow tweets about America’s newest first boy. 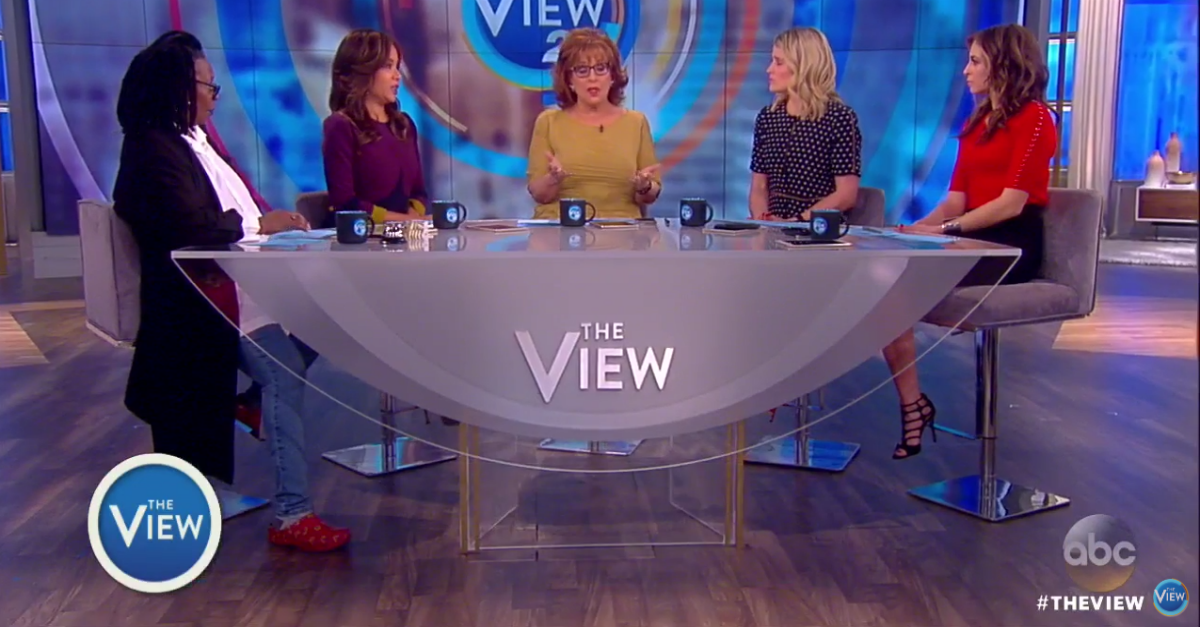