“The fact is, Obamacare is a disaster,” President Trump said during a White House listening session recorded by CNN.

Trump criticized Obamacare further and explained why there was such an urgency to repeal it.

The president then introduced a group of Americans who had negative experiences after the implementation of Obamacare.

“You could say a few words about your experience with Obamacare,” he said, “and perhaps the press will even report it.”

Anchor John King looked up. “Just lost the tape there from the White House,” he reported. 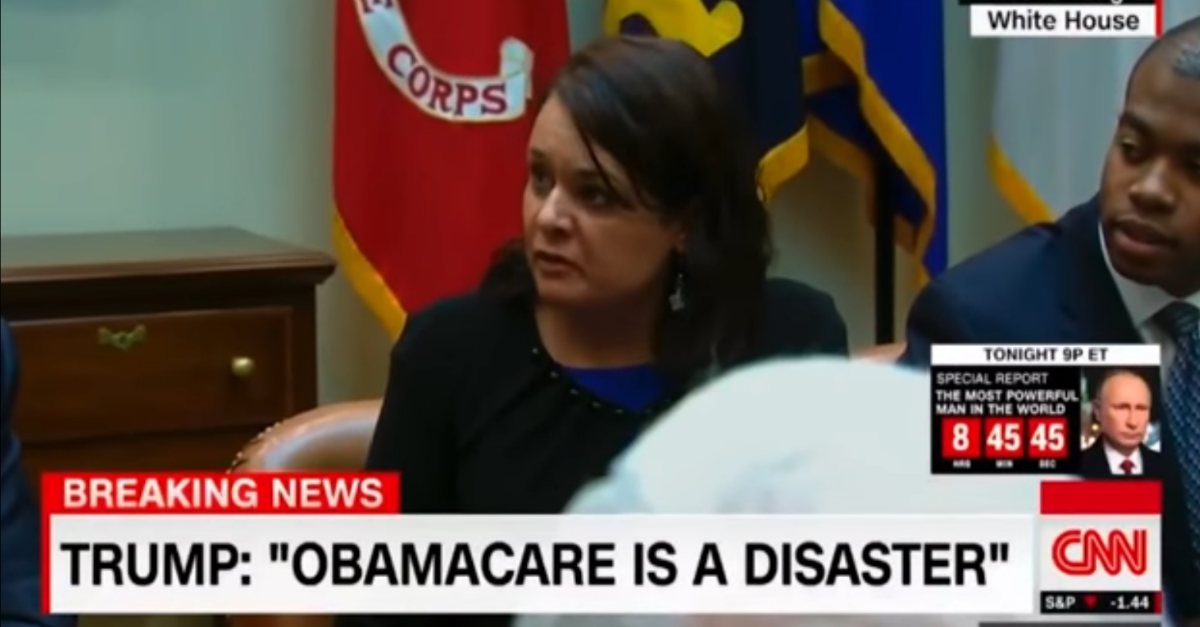