Violent protests broke out on the campus of the University of California, Berkeley on Wednesday night. With fires being set and demonstrators throwing bottles, CNN reporter Kyung Lah got caught in a potentially dangerous situation as she reported live.

Protesters came in force to rail against controversial author, provocative speaker and Breitbart News editor Milo Yiannopoulos, whose planned speech was cancelled by university officials. The protests drew a sharp Twitter response from President Donald Trump, who threatened to withhold federal funds if the school does not “allow free speech and practices violence on innocent people with a different point of view.”

Lah was reporting for “Anderson 360” outside a building with active demonstrators, fires burning and a series of explosive-type bangs going off as police tried to disperse the crowd.

RELATED: Why violent anti-Trump protesters will never accomplish anything

“What you’re seeing behind me is quite a bit of commotion,” Lah reports to Cooper. “What is happening here is that these are student protesters, anarchists from what I can gather, trying to breach the building right now.”

At that point, a loud explosion is heart, followed by Lah screaming, “Back up! Watch out!”

Cooper then asks if Lah can explain what just happened.

RELATED: Love him or hate him, it’s time for everyone to grow up and work with Trump

As Anderson attempts to interrupt her, Lah continues to report the scene unfolding around her.

“From what I can tell, police officers who are dressed in riot gear are just trying to keep this building where this event is supposed to be happening secure. What we saw were some of the people picking up barricades and trying to ram through windows, and then we’re going to try to get a little bit closer again.” 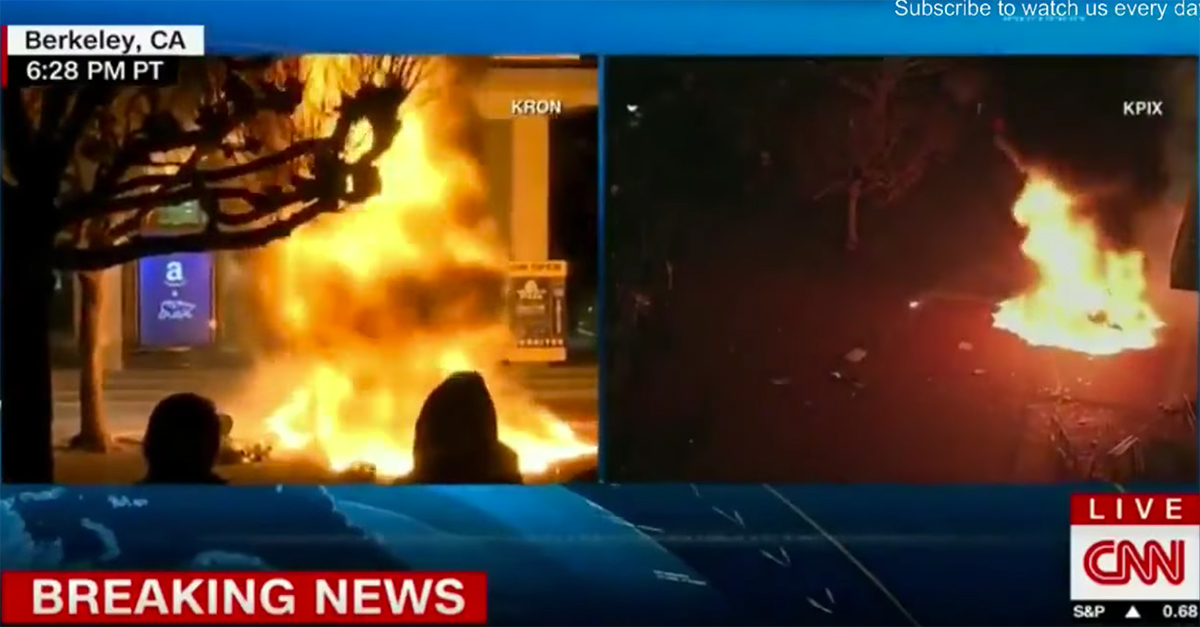