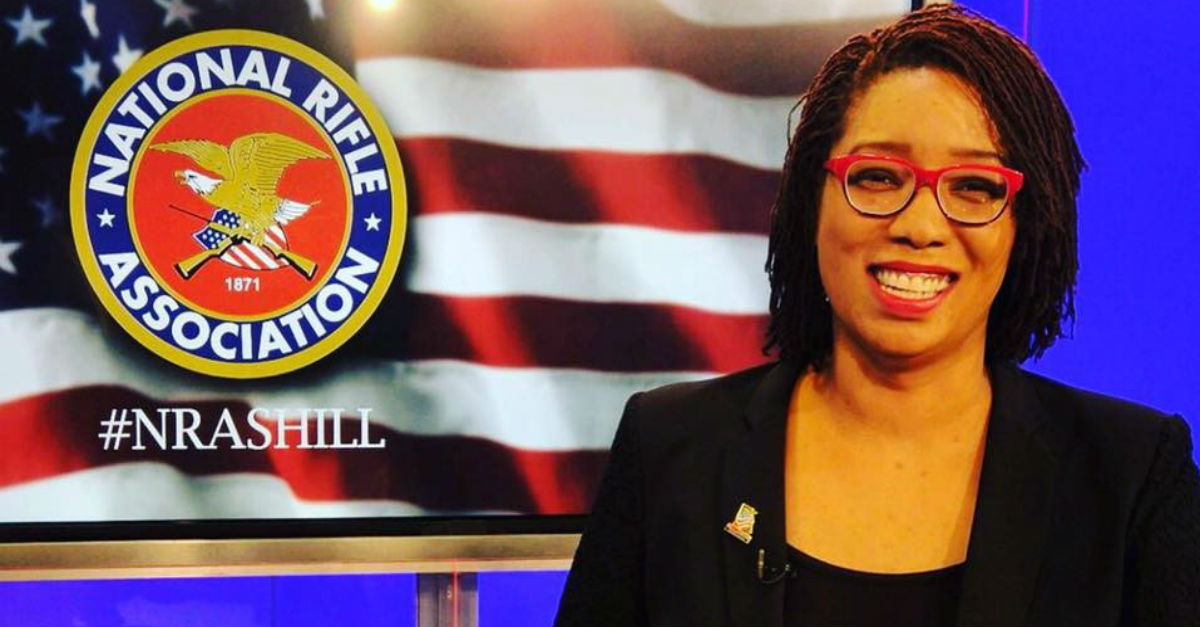 Washington used her platform to respond to another article that drew a comparison between members of the NRA to ISIS militants.

She reacted to her suspension by resigning from the paper altogether.

Conservative columnist suspended after defending the NRA fires back by resigning pic.twitter.com/MJY9FYd4lK

RELATED: Another day, another law suit for Fox News and 21st Century Fox

Now attached to her initial piece is an editor’s note explaining that Washington’s column has since been canceled:

Stacy Washington’s column will no longer appear in the St. Louis Post-Dispatch. Her active promotional activities and professional association with the National Rifle Association represented an unacceptable conflict of interest in her most recent column, which resulted in our suspension of her work. Ms. Washington chose to terminate her contract. Columnists are expected to fully disclose conflicts of interest when writing about topics where such a conflict might arise. We apply this standard regardless of the lobbying or advocacy group being written about in a column.

Needless to say, Washington appears to have comfortably moved on: