Menu
Follow us
Search
Menu
Search
Carryn Owens, widow of widow of Chief Special Warfare Operator William “Ryan” Owens, is applauded on Capitol Hill in Washington, Tuesday, Feb. 28, 2017, as she was acknowledged by President Donald Trump during his address to a joint session of Congress. (AP Photo/J. Scott Applewhite)

“When something hits you over the head in life that makes no sense whatsoever […] you want to make sense of it,” Ham told Rare in 2016 of the loss of her husband.

RELATED: Michael Moore watched Carryn Owens’ moment at President Trump’s speech and it pissed him off

On Tuesday, Ham watched another widow receive a standing ovation in the chamber of the House of Representatives. Carryn Owens, wife of fallen Navy SEAL Ryan Owens, was praised by President Donald Trump in his primetime speech. She received a thunderous round of applause and a standing ovation from nearly everyone in the room.

The moment was at times too much for Owens, who openly wept and looked towards the heavens as people cheered for her.

After seeing this display of emotion, Ham to to social media to talk about what Owens may have experienced.

For those lamenting Carryn Owens' "exploitation," let me offer some thoughts. I'm not asking you to like Trump or credit him for that moment

“For those lamenting Carryn Owens’ “exploitation,” let me offer some thoughts. I’m not asking you to like Trump or credit him for that moment,” Ham wrote.

“But what you can & should do is credit her. Maybe a SEAL wife who’s been through, God willing, worst life will give her, can handle Trump.

“Maybe a SEAL wife knows exactly what she’s doing & doesn’t need you to explain it to her. Maybe she needs things you don’t know much about.

“Maybe a widow raising 3 children knows how important it is to keep his name & memory alive, & that this moment is bigger than Trump or you.

“Maybe she knows one day she will show them this video & tell them the President of the United States & all the nation honored him.

Maybe she thinks it might teach her children the strength & courage of their dad (& mom!) to watch her stand up tall even when it hurts.

Maybe all that is more important than your angst about which president is involved & how. Just bc she’s crying doesn’t mean she’s a victim.

Maybe, probably, very likely, she’s a badass. You and your kids are in my prayers, Carryn. Do what you gotta do. Proverbs 31:25

Some of her followers didn’t totally agree with Ham’s assessment. One Twitter user claimed that Ham was over-estimating how self-aware Mrs. Owens was

Ham wouldn’t hear it, and reminded the Twitter user that she was once in similar shoes.

“Perhaps. I also know a bit about it,” she said. 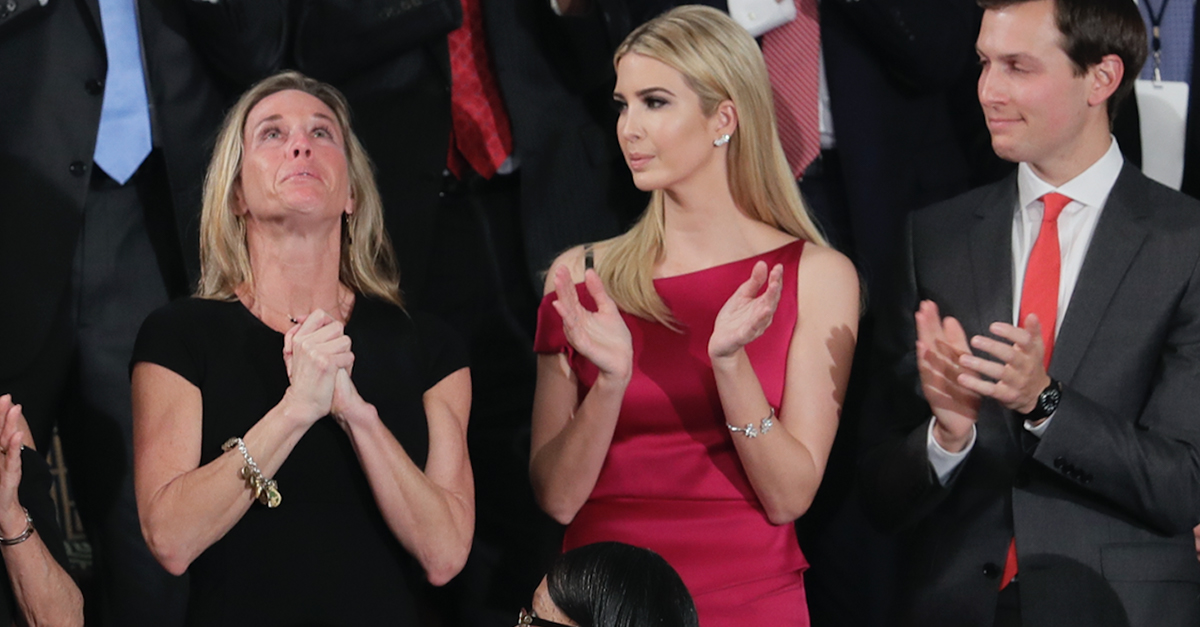