And Bill Nye the Science Guy is no exception.

During a Monday night segment, Carlson and Nye went head to head on the topic of climate change.

RELATED: Tucker Carlson sparred with an anti-Trump guest on his show and promptly eviscerated her

The debate quickly became heated, ending with Nye accusing Carlson of not actually wanting to have a debate.

Carlson introduced Nye by matter-of-factly quoting a prior statement where Nye accused climate change skeptics of being those who “suffer from the psychological delusion of cognitive dissonance.” Nye came on, chuckling at Carlson.

“That doesn’t sound like science to me,” Carlson said. Nye explained himself, saying that the scientific community was searching for reasons why people still denied climate change.

The men entered a discussion about the facts surrounding climate change, but both continued to cut each other off and speaking over the other.

Nye finished the interview with a statement about information leaks being caused by rival factions in the Trump administration, which he argued were created by President Trump. Carlson laughed him off. 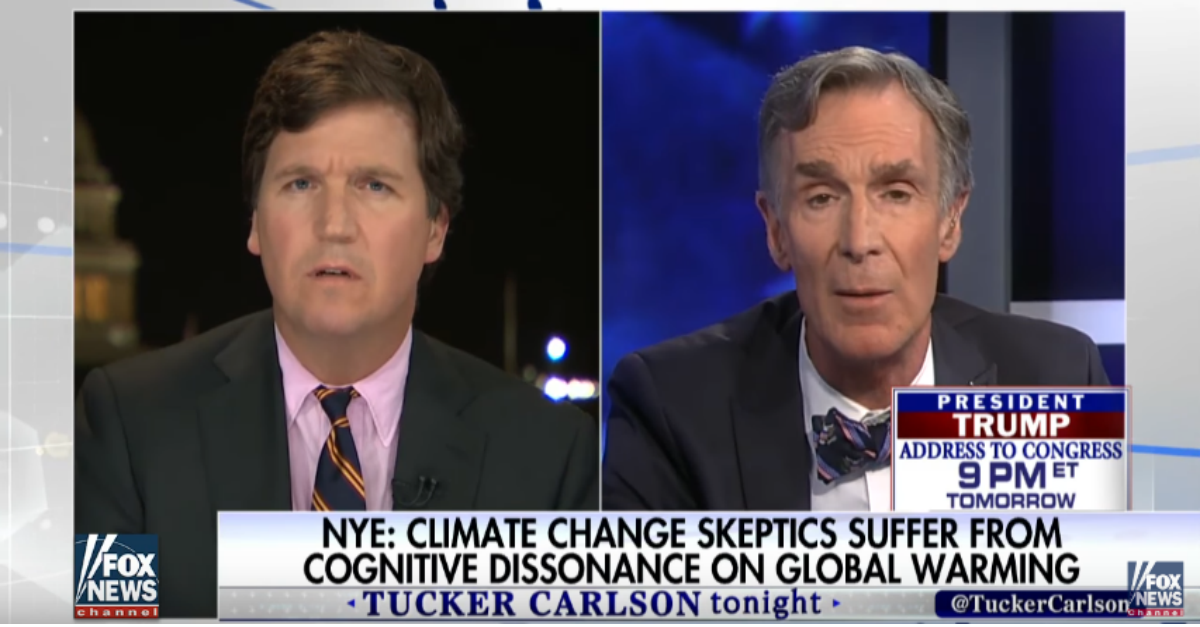