Not every woman had the same views on the protest.

Sanders, who donned red, was optimistic about the movement behind the strike. “I think the message here is that women, we literally have the power to move mountains,” she said of the economic impact.

McEnany made it known that she did not support the protest, as she felt that it did not speak for conservative women. She suggested that the demonstration should have been called “A Day Without A Liberal Woman.”

Host Alisyn Camerota clarified with McEnany that her main issue was over the exclusion of pro-life women.

RELATED: Don Lemon criticizes Americans who are “divorced from reality” in support of Donald Trump

“Don’t purport to represent all women when you in fact exclude millions and millions of women,” McEnany said as Sanders let out an audible sigh.

Sanders disagreed, argued that no federal funds went directly to performing abortions. Camerota asked Sanders to address McEnany’s point that conservative women felt excluded from the demonstrations. Sanders said that women were not monolithic and could have a wide-range of concerns.

“No one is telling a man what to do with his penis. I don’t understand why my uterus and vagina is so much a topic of conversation,” Sanders said bluntly. 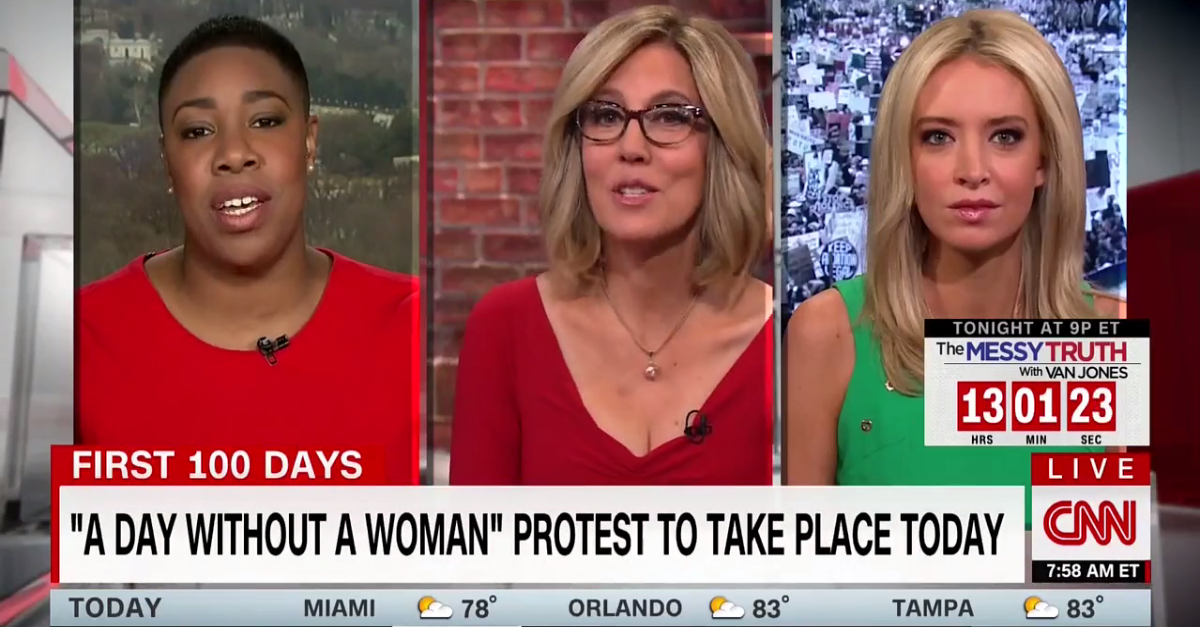