.@seanspicer: "Irresponsible" for Obama to act on intel report on alleged Russian hacking as it is not yet final https://t.co/lPWONBiTwk

Things took a turn when Spicer claimed that President Obama did not issue a statement following the April 2015 Chinese hack of the Office of Personnel Management (OPM). The hack affected the personal information, including Social Security numbers, of over 22 million people both inside and outside of the government. Camerota replied to Spicer’s claim by reading a statement that Obama made in September 2015, though Spicer noted that it was only made six months after the fact.

RELATED: John McCain calls for action after claims surface that Russia might have had a hand in the presidential election

The President of the United States says in September, he, quote, told Valdimir Putin to, quote, “Knock it off.” If he knew then that there was activity going on, why didn’t they act? Was it because of a political reason, that they thought Hillary Clinton was going to win, and they thought why address this now? It was only after Donald Trump won that they seem to want to react to Russia.

Camerota asked Spicer if President-elect Donald Trump thought Russia to be behind the Democratic National Committee (DNC) hack in 2016 and how Trump would respond, should an official investigation conclude that Russia was to blame.

Spicer shot back, saying that they didn’t even have a final report yet. “The idea that you should be talking a about the the conclusions or actions you’re going to take on a conclusion that [is not] not final yet is unbelievably irresponsible,” he said.

Camerota continued to push the question, causing Spicer to respond brashly, “I know it’s frustrating for you that we’re doing it in a logical way, but no, we are going to get all the information, get briefed properly and then make a decision. We’re not going to put the cart before the horse.”

RELATED: Harry Reid blamed the most unusual tag team for rigging the election in favor of Donald Trump

Incoming White House Chief of Staff Reince Priebus recently said that Trump would accept recent findings of Russian interference if the intelligence community could find themselves “on the same page.”

CIA Director John Brennan issued a statement about the investigation, which was then backed by the FBI. Brennan, who told his employees that he spoke with FBI Director James Comey and Director of National Intelligence James Clapper, said in a message that “there is strong consensus among [intelligence officials] on the scope, nature and intent of Russian interference in our presidential election.” 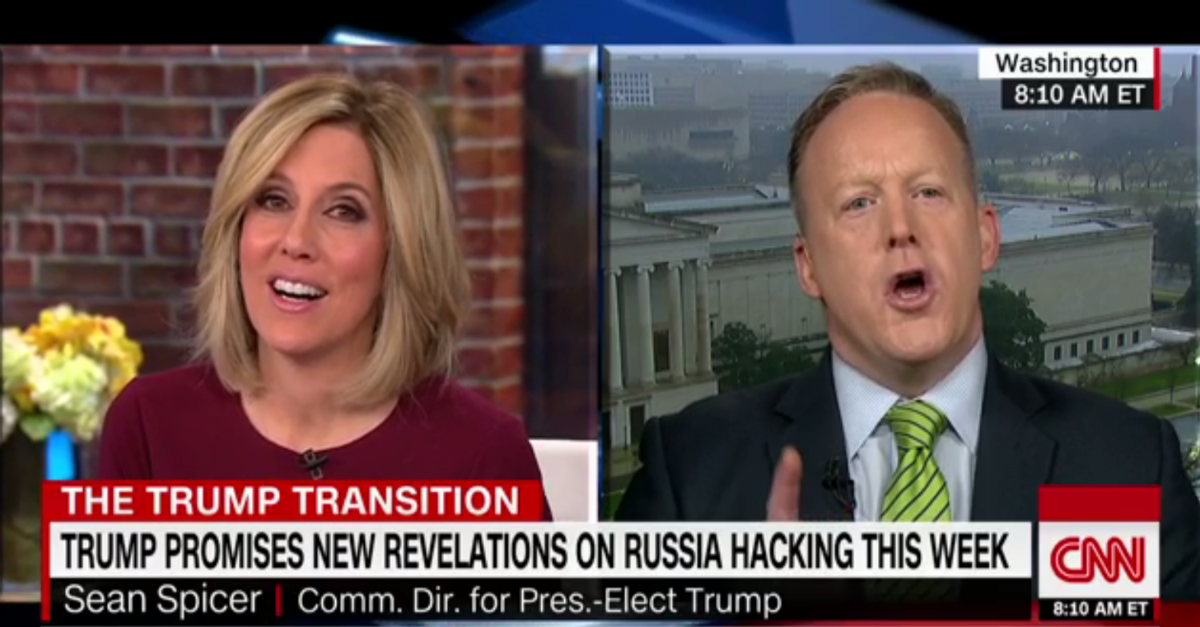