A damning report was recently released regarding First Son Donald Trump Jr. and others close to President Trump. The eldest son of the president was said to have taken a meeting with a Russian lawyer that had ties to the Kremlin in exchange for information about Democratic presidential nominee Hillary Clinton’s campaign.

Trump then tweeted emails regarding the meeting on Tuesday. The emails only opened himself to more questions as he appeared to be in support of receiving the information.

While the emails took Americans by a storm, Sen. Tim Kaine (D-Va.), Clinton’s vice-presidential pick, observed that the emails and the Trump administration’s denial of communication with the Russian government were indicative of legal issues:

RELATED: Kellyanne Conway responded after being shown an old clip of herself that’s contradicted by a new report

Kaine declared that the situation was now “beyond obstruction of justice.”

“This is moving into perjury, false statements and even into potentially treason,” he said.

Kaine later said that the “very explosive” emails were “wheelbarrows full of new evidence” for the special prosecutor investigating election influence by the Russian government: 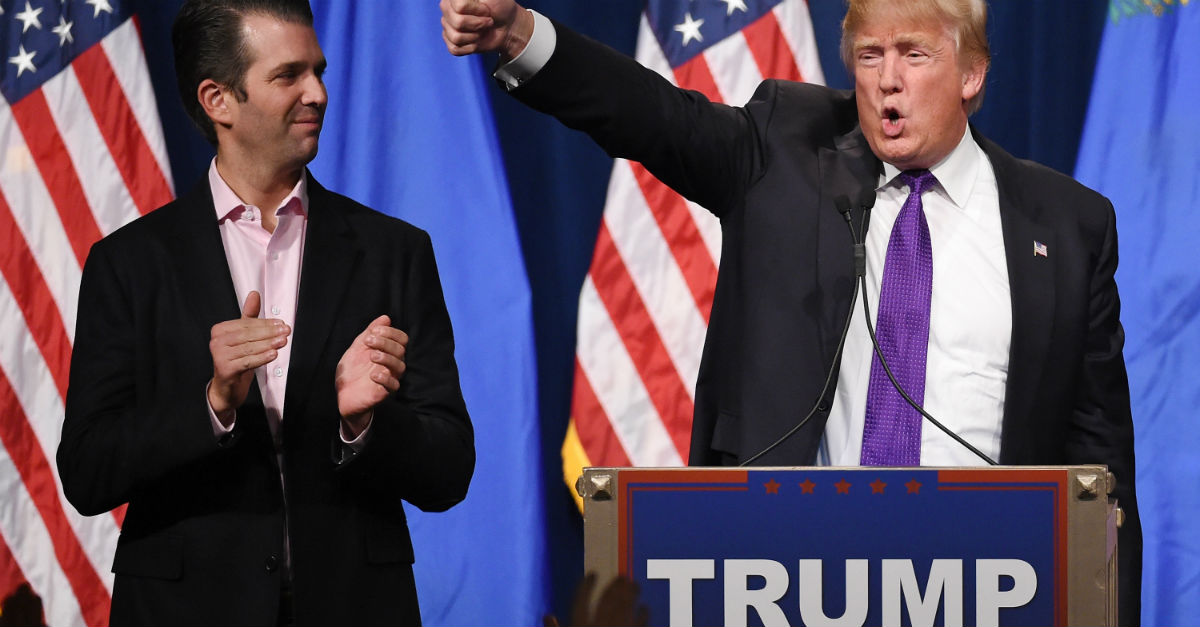