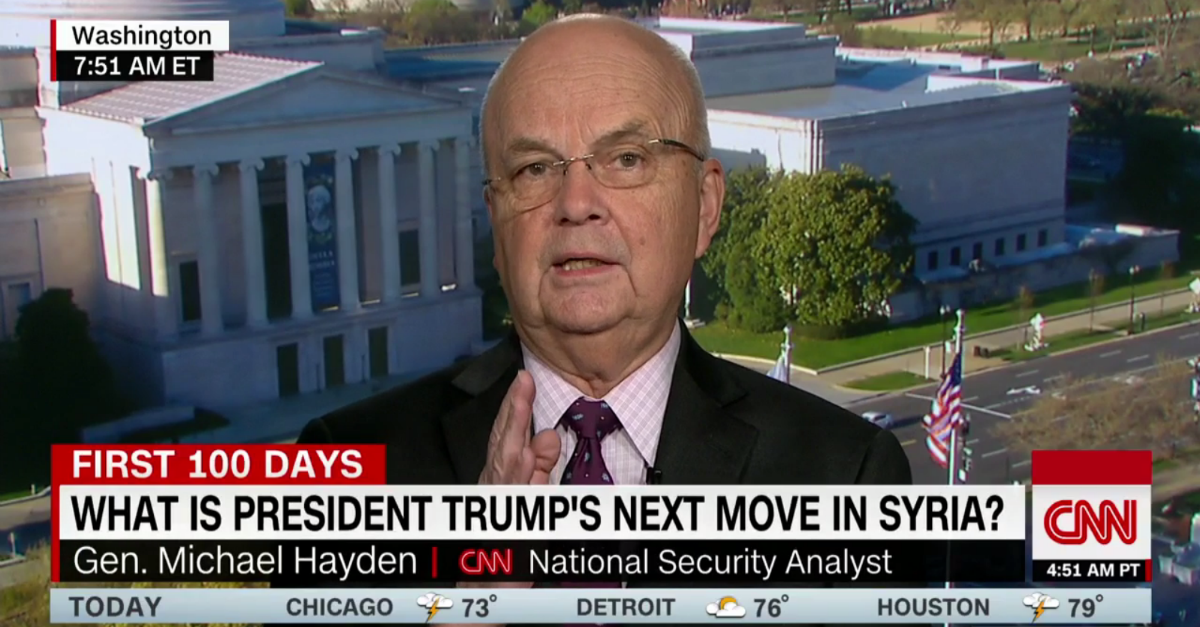 Now some are challenging the strike and what it means for the president’s “America first” message, including former CIA and NSA Director Gen. Michael Hayden during a Monday segment on CNN’s “New Day:”

Fmr. CIA Dir. @GenMhayden says Syria strike is "about as far away from an 'America first' philosophy as you can get" https://t.co/I8zaT5frIX

RELATED: The White House promises action from President Trump if these red lines are crossed overseas

Hayden said that Trump’s intervention was “remarkable,” as the strike was “about as far away from an ‘America first’ philosophy as you can get.”

In fact, Hayden praised the decision for being for what he called “the good of the order” instead of a “narrowly defined American self-interest.”