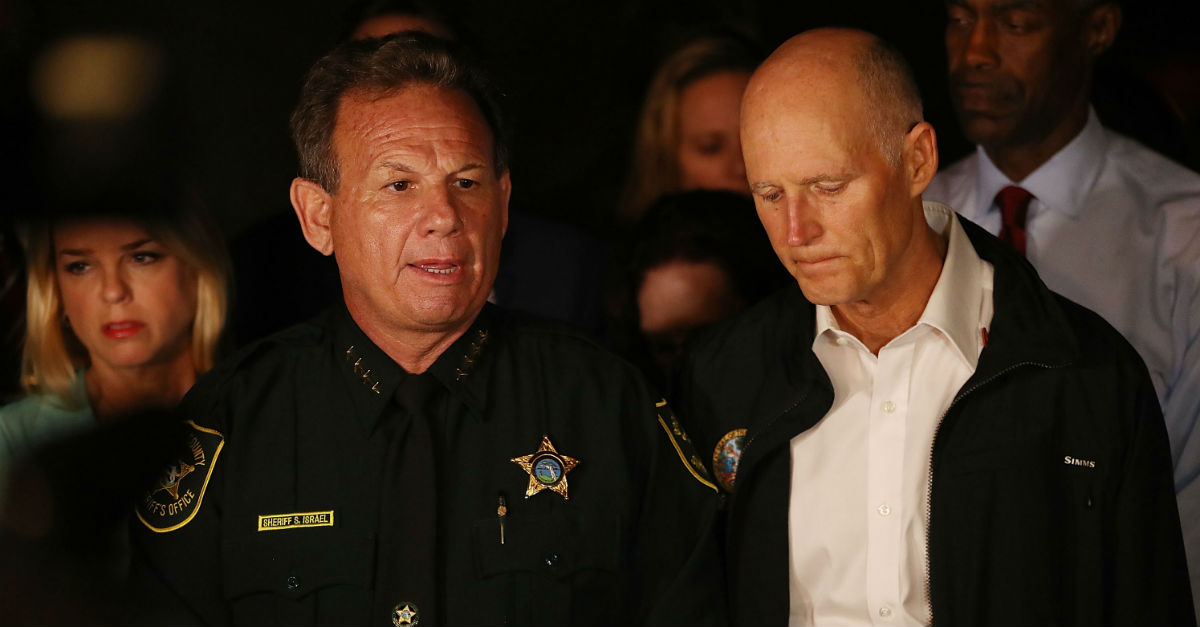 A late night host took on Broward County Sheriff Scott Israel after recently touting his “amazing leadership” despite several failures from his department before, during and after the Valentine’s Day shooting of a Florida high school.

As Rare previously reported, at least four deputies with the Broward County Sheriff?s Office were on the scene of the shooting at Marjory Stoneman Douglas High School in Parkland before Coral Springs Police officers arrived. When the second group of officers showed, they were surprised to learn that the four deputies had not yet entered the school building after the shooting. One of the deputies included Deputy Scot Peterson, the school resource officer, who was present at the time of the shooting. Peterson resigned last week after he was said to have done nothing for “upwards of four minutes? while the shooter took the lives of 17 students and faculty inside.

Following complaints from the Coral Springs Police officers who made the decision to enter the school and calls from Republican state lawmakers to resign, Israel told CNN’s Jake Tapper, “I’ve given amazing leadership to this agency.”

“Amazing leadership? I’m sorry, but no,” criticized Trevor Noah of “The Daily Show” on Monday evening.

Switching to a more serious tone, Noah said it was clear that Peterson “didn’t do his job. He was armed, he was at the school, and he didn’t help.” He explained that the deputy’s inaction fueled arguments on both sides of the debate regarding whether or not teachers should be armed in the classroom.

From there, he argued that the blame rests in more than one place.

"Here's what frustrates me in the gun violence discussion. People make it seem like there's only one problem and only one solution. 'It's the guns!' 'No, it's the cops!' Maybe it's both."
-Trevor on the finger-pointing in the wake of Parkland
Full episode: https://t.co/CdPO2TNxfL pic.twitter.com/mVrRCukX1y

As initial reports of the shooting came out, it was also discovered that the sheriff’s office interacted with Cruz a number of times before the shooting, as he was allegedly abusive toward his adoptive mother. The now-deceased mother told Broward County Sheriff?s deputies that she was worried about the shooter, as he expressed interest in obtaining a gun and began ?cutting his arms ? to get attention.?

RARE POV: Government failure is more to blame for the Florida school shooting than the NRA