A pregnant news anchor was reporting live on the air when her baby decided it was the perfect time to enter the world.

Natalie Pasquarella of News 4 New York was helping report on Twitter’s updated character limit when she let out a nervous giggle. Pasquarella then flawlessly continued with her comment on the story, though her co-workers later revealed that her water broke in that moment.

Pasquarella waited until the show was off the air to say something. The station’s executive producer and other coworkers helped her get to a hospital where she met her husband, Jamin, and her newborn son, Jamin James Pastore, 13 hours later.

Pasquarella shared a picture of the couple with their newborn son, who weighed 5 pounds and 6 ounces and was 19 inches long.

RELATED: A woman who went into labor at Target had some good luck 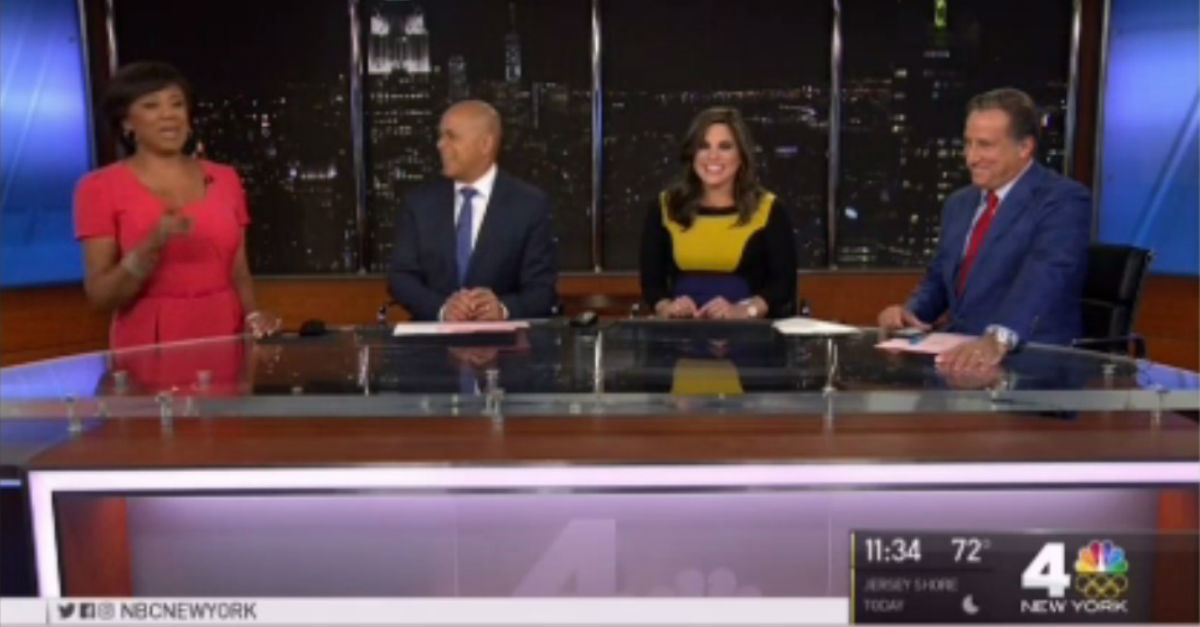