Menu
Follow us
Search
Menu
Search
JAKARTA, INDONESIA - APRIL 7: People look at the premiere issue of Playboy magazine at a newsstand April 7, 2006 in Jakarta, Indonesia. Playboy went on sale in spite of protests from Islamic leaders in Indonesia. The magazine has been toned down for the predominantly Muslim country and will not feature nude woman. (Photo by Dimas Ardian/ Getty Images)

Just over a year after the magazine elected to stop publishing nude pictures, Playboy Magazine Chief Creative Director Cooper Hefner says they’ll resume it. An outspoken critic of the move to “soften” the soft-core pornography magazine and sell the magazine’s infamous Playboy Mansion, Hefner once told Business Insider the moves made him say, “What the hell is the company doing?”

RELATED: Reports from the Playboy Mansion say this legend’s time may be running out

“The way the magazine portrayed nudity was dated, but removing it entirely was a mistake. Nudity was never the problem, because nudity isn’t a problem. Today we’re taking our identity back and reclaiming who we are,” reads a statement tweeted by Hefner yesterday.

For more than a year, Playboy Magazine declined to publish images of naked women, seeking a repositioning of the brand, more prestigious advertisers and more prominent placement on magazine racks. That will end next month, when women will reclaim the pages of the magazine in topless and almost fully naked photographs.

The magazine’s new issue says “Naked is Normal” on the cover. 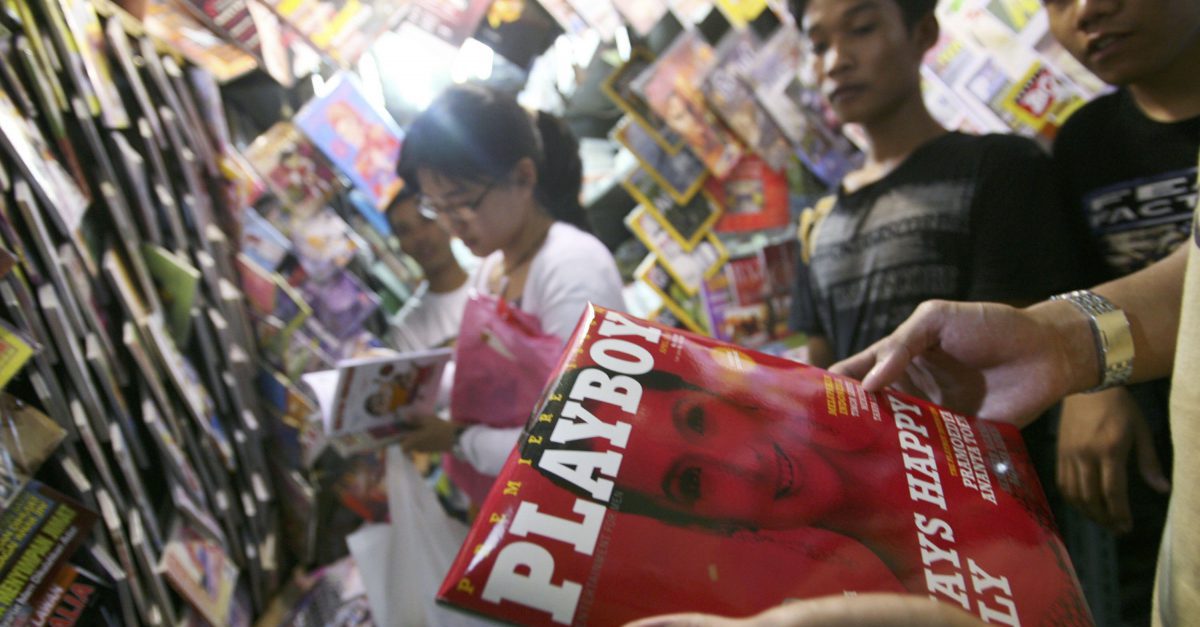