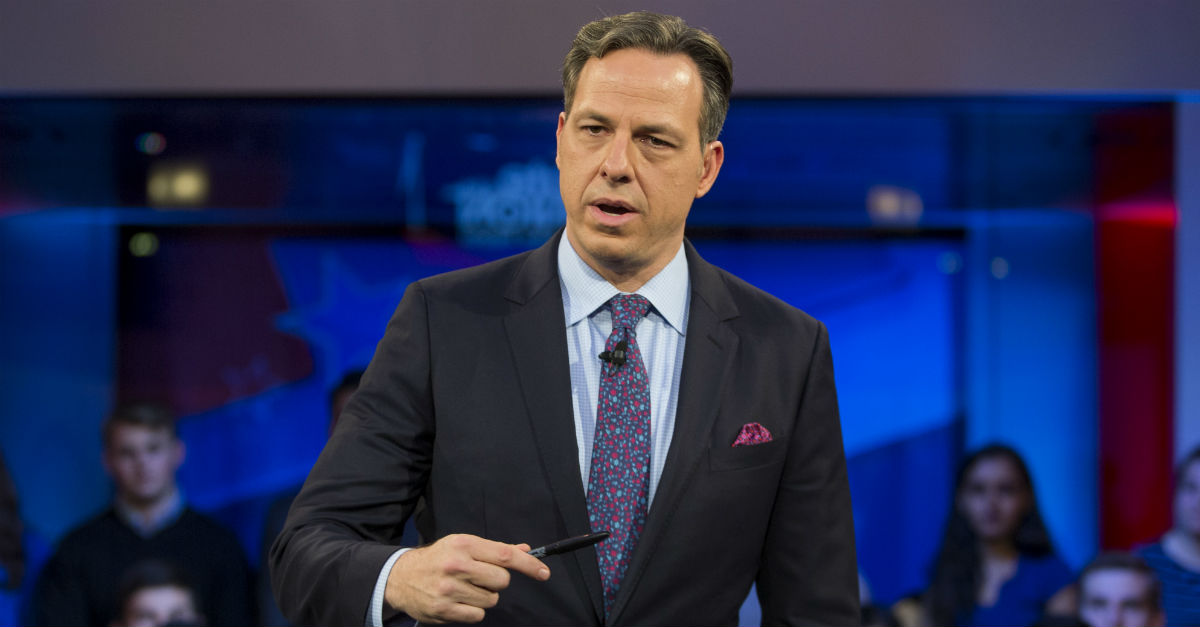 Many came to CNN anchor Jake Tapper’s defense when Fox News misquoted him following the terror attack in New York.

On Tuesday, Sayfullo Saipov, 29, killed eight people after driving a rental truck down a bicycle path in Lower Manhattan. He reportedly shouted “Allahu Akbar” in the attack. Tapper later criticized Saipov’s use of the chant, saying, “The Arabic chant ‘Allahu Akbar,’ God is great, sometimes is said under the most beautiful of circumstances. And, too often, we hear it being said in moments like this.”

Former Utah Congressman Jason Chaffetz criticized Tapper’s statement in a Fox News segment a few moments after he made a comment similar to Tapper’s, saying, “The overwhelming majority of Muslims don’t do this, but there is this radical element that does do that.” Fox News shared Chaffetz’s segment on its website using the title “CNN’s Jake Tapper: ‘Allahu Akbar’ Can Be Said Under ‘Most Beautiful’ of Circumstances.”

The network then shortened Tapper’s statements even further by tweeting, “[email protected]’s Jake Tapper Says ‘Allahu Akbar’ Is ‘Beautiful’ Right After NYC Terror Attack.” Tapper criticized the network for insinuating that he supported acts of terror.

Fox News is lying. I said it can be said at beautiful moments (wedding, birth) and too often at times like this (horrific terrorist attack). https://t.co/rQx3r0za6I

This is an insane Fox News hit piece on @jaketapper that plays at people's ignorance pic.twitter.com/qVqcCNsNe2

When you can't tell the difference between Fox News and Infowars pic.twitter.com/aZ3xXuIfQs

As low as it gets: scraping the bottom of all the barrels https://t.co/ZyivCPQx1x

Chaffetz also apologized for his mischaracterization of Tapper’s words.

In retrospect I don't think I gave @jaketapper a fair shake tonight. My bad.

Despite the deleted tweet and an apology from Chaffetz, Fox News anchor Sean Hannity attempted to continue the story on his own show.

Hannity lying now. The @FoxNews tweet I was referring to has been deleted because it was false. https://t.co/WPQtgzNGuU

RELATED: Critics denounce televangelist Pat Robertson for his advice to Trump on the Mueller case