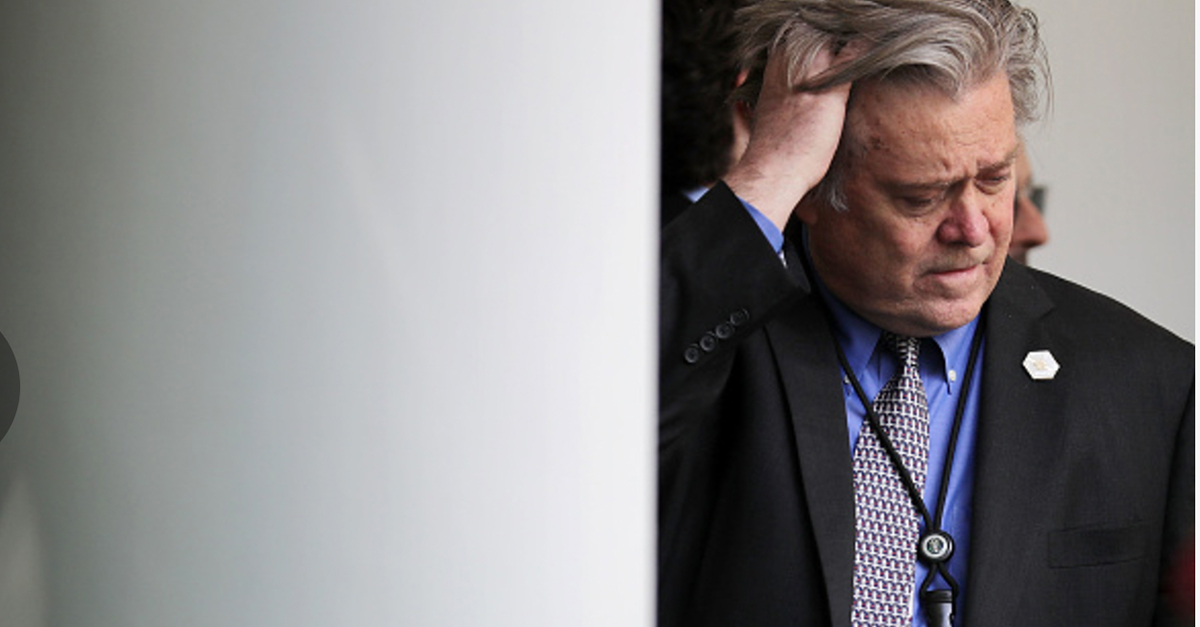 Chip Somodevilla/Getty Images
WASHINGTON, DC - JUNE 01: Senior Counselor to the President Steve Bannon helps with last minute preparations before President Donald Trump announces his decision to pull out of the Paris climate agreement at the White House June 1, 2017 in Washington, DC. Trump pledged on the campaign trail to withdraw from the accord, which former President Barack Obama and the leaders of 194 other countries signed in 2015 to deal with greenhouse gas emissions mitigation, adaptation and finance so to limit global warming to a manageable level. (Photo by Chip Somodevilla/Getty Images)

White House aide Stephen Bannon is out of the White House, reports Reuters.

Conservative blogger Matt Drudge tweeted that Bannon had “one hell of a run.”

“We are grateful for his service and wish him the best,” said White House Press Secretary Sarah Huckabee Sanders in a statement.

The New York Times first suggested that Bannon proposed his own resignation. The White House is saying that the decision was a mutual agreement between Bannon and Trump. It is also important to note that Bannon reportedly shared a negative relationship with several other White House staffers, namely Jared Kushner, son-in-law to President Trump and husband of First Daughter Ivanka Trump.

RELATED: Stephen Bannon is not a white supremacist, and the media helps racists by saying he is

Bannon was appointed to the position of White House chief strategist. Prior to his appointment and place on Trump’s campaign, Bannon headed operations at the controversial Breitbart News.

Bannon recently gave a bizarre interview that had many critics drawing comparisons to former White House Communications Director Anthony Scaramucci’s infamous interview. Similar to Bannon, Scaramucci was released from his position in the White House shortly after.

WH chief of staff — not POTUS — delivered the news to Bannon.

This is a developing story. Check back in for updates.