After Ivana went after Melania, the first lady silenced the critics in one clear statement 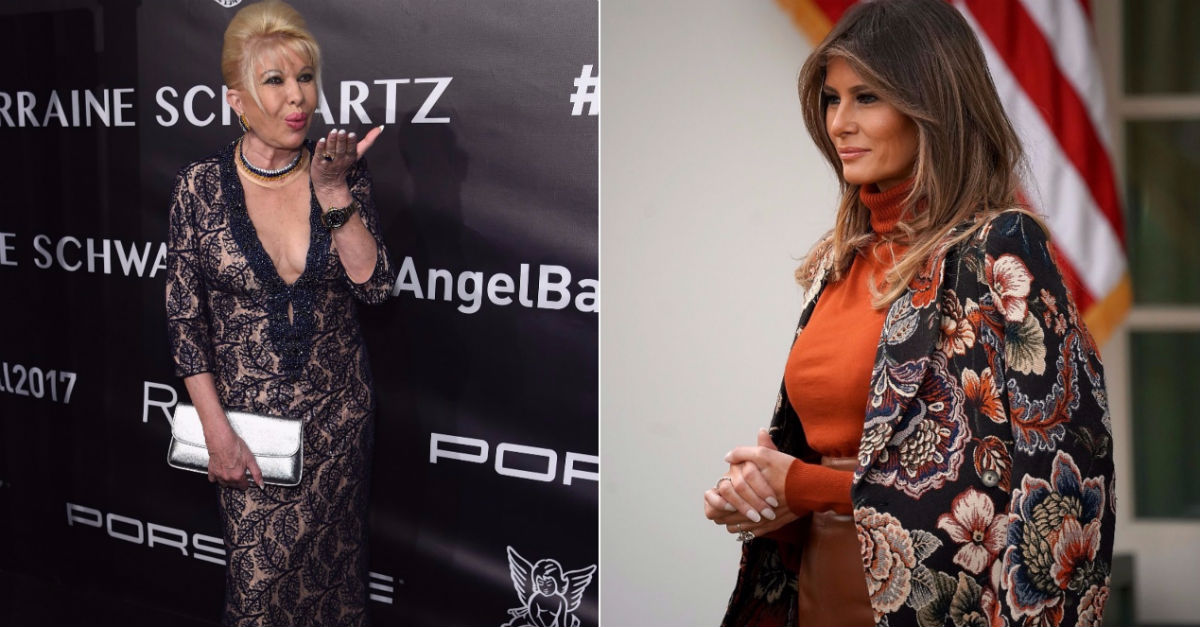 First Lady Melania Trump has found herself defending her position several times since her husband took office in January.

Sarah Ellison of Vanity Fair said that she spoke to a “longtime friend of the Trumps” in a piece that was recently published about Melania. There, Ellison said her source indicated that Melania did not want to be the first lady and did not believe that President Trump would win the 2016 election.

“This isn’t something she wanted and it isn’t something he ever thought he’d win … She didn’t want this come hell or high water. I don’t think she thought it was going to happen,” Ellison wrote, quoting the friend.

Melania would beg to differ, according to a spokesperson who released a statement criticizing the insinuation.

“Once again part of the liberal media, this time Vanity Fair, has written a story riddled with unnamed sources and false assertions,” the statement read, calling the piece “salacious and false.” “As has been stated on the record many times before, she is honored by her role.”

Appearing on the “Ray D’Arcy Show” over the weekend, Ivana declared herself the “first Trump lady:”

When asked her opinion of Melania’s approach to her newer role, Ivana said, “I think she’s trying her best.” The sassy comment earned a shocked reaction from both her host and the audience.

Ivana first publicly referred to herself as the “first lady” in an October interview with “Good Morning America.” She was speaking of a previous life when she was married to Donald Trump from 1977 to 1992. The pair then divorced following Trump’s affair with his eventual second wife, Marla Maples. Trump and Maples, who parented Tiffany Trump, were married in 1993.

Though she still harbors a grudge against Maples, Ivana insisted that despite the separation, she and Trump remain good friends.

Melania, again forced to defend her role, released the following statement via a spokesperson: